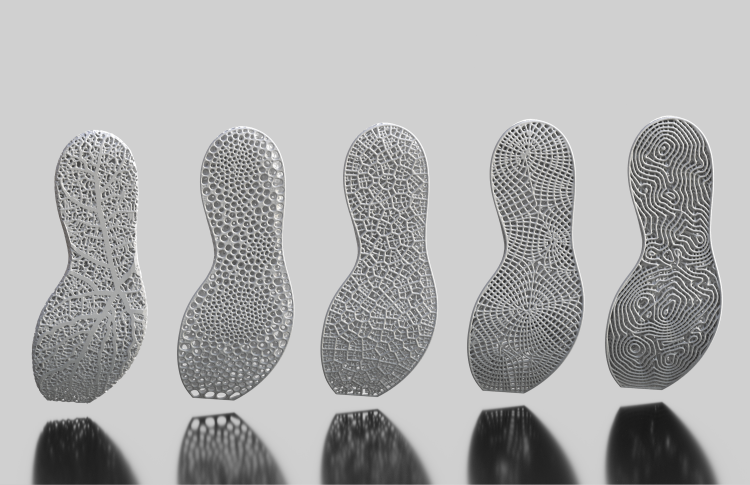 “We have created proprietary systems to generate midsole designs from pressure data from runners, making it possible to create variable density cushioning that is customized to how a person runs,” the company explains. “This ongoing project has given us a unique opportunity to apply our generative design techniques to a new domain.”

The midsoles feature a structure that can be adapted to different runners by using underfoot pressure data. In the following picture you can compare a runners with a midfoot strike to runner with a heel strike:

When New Balance wanted to improve their design to better adapt to performance data from the runner, the company turned to 3D printing specialised design studio Nervous System. They decided to create a platform allowing them to experiment with variable midsoles that could respond to data in different ways.

“Rather than optimizing, we want to be able to quickly test different ideas and get them on runners’ feet, see how they feel and perform, and iterate. Our first approach is to think about the midsole as a foam, but instead of a traditional, uniform microscopic foam, we create a highly controllable anisotropic, macroscopic foam structure.”


New Balance will start selling shoes featuring 3D printed midsoles in April 2016, with a customised version to debut in 2017.