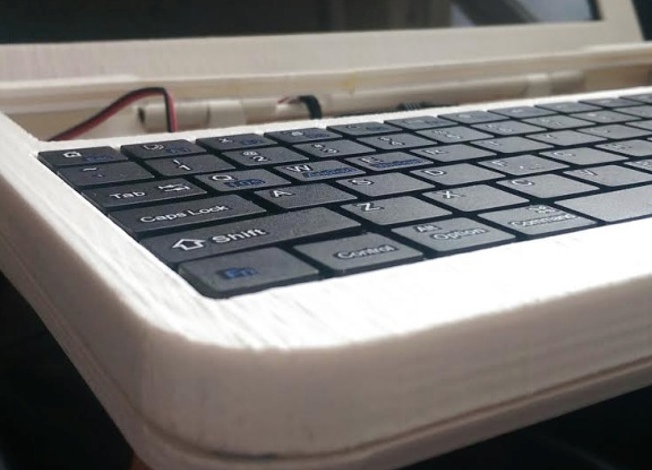 September 19, 2014: The Pi-Top kit contains materials and components as well as step-by-step instructions on how to 3D print other parts and how to assemble them. The 3D printed shell parts for the prototype are made of PLA filament and were printed within 160 hours on the Rostock Max V2, which is available as self-assembly kit as well.

The Pi-Top runs on Raspbian OS and is equipped with a 13.3″ HD screen, a fully integrated keyboard, a trackpad with extra ports, has a battery life of 6-8 hours and full wifi capability.

You can find instruction on how to build your own Pi-Top on Reddit. The team also hopes to raise funding for further development by soon launching the project on Kickstarter.

The Pi-Top Team will launch their 3D printed laptop on the crowd funding platform Indiegogo, not on Kickstarter as originally planned. They also published a picture of the final prototype on their website: 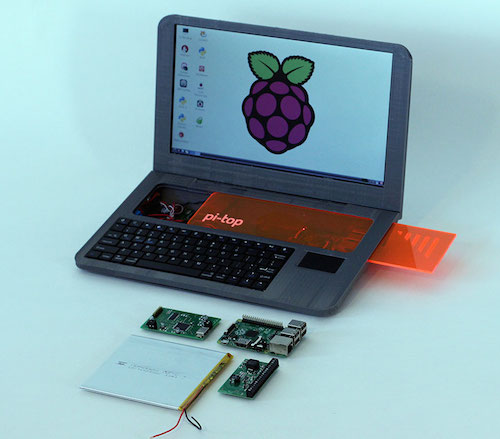 The Pi-Top Indiegogo campaign has only started yesterday, however at this point the team has already collected over $ 30,000 of their $ 80,000 funding goal.