Home Applications The Awesome Holochess From The Original Star Wars Got A 3D Printed...

If you have already seen the new Star Wars movie “The Force Awakens”, you may have noticed the holographic chess game from the original movie.

The team wanted to make the scene of the chess appear in the new movie, so the original studio was contacted to make that happen. Phil Tippett from Tippett Studios worked on the original chess nearly 40 years ago and with modern technology he and his team made the reappearance possible.

In an interview with Tested Phil. Tippett reveals some insights behind this spectacular scene from your old and new favourite movie. The team form Tippett Studios scanned some original figures which Georg Lucas received as a gift after the old Star Wars movie was made.

Then designers perfected the scans and 3D printed them afterwards. Using the 3D printed figures, moulds were made and the final creatures were moulded with silicone. After painting, these monsters were animated using stop motion techniques. So every second in the movie is created by 24 moves of every creature.

The team also build in an easter egg in the new scene. Can you guess what this is? 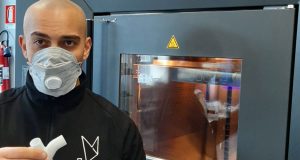