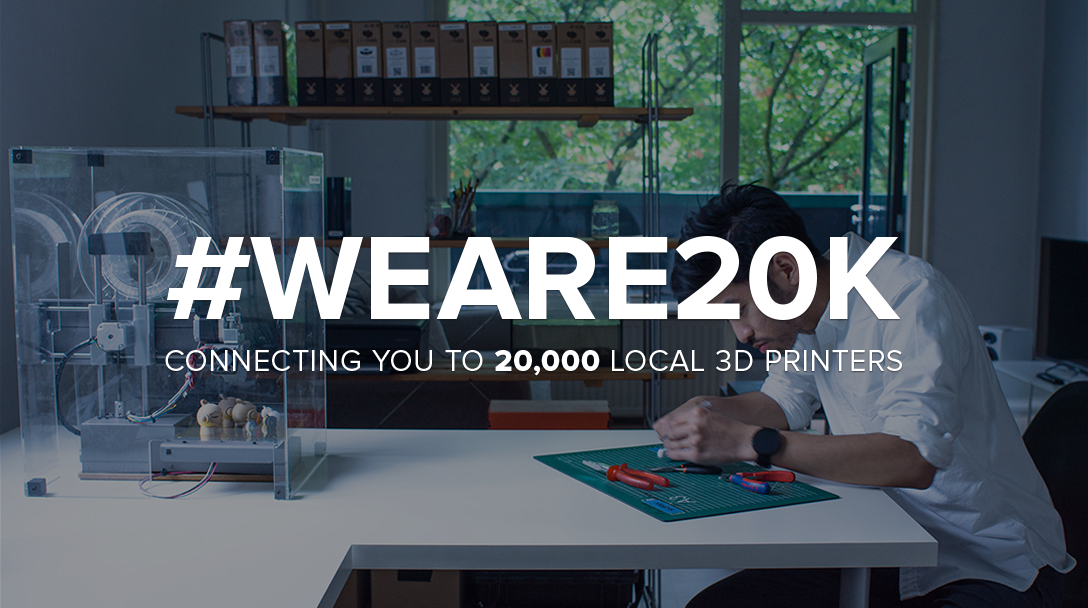 The 3D Hubs community currently celebrates a fantastic milestone with now 20,000 3D printers in their network.

Only half a year ago, back in January 2015, 3D Hubs announced that they have hit the mark of 10,000 printer. Within this short period of time they managed to double the devices.

In a recent post 3D Hubs wrote: “To celebrate this awesome achievement we would like to call on all Hubs to show the world who you are! The idea is simple; post a picture of yourself + your printer on social media, using #WeAre20k.”

Each day, for a period of 20 days, 3D Hubs will post one of those pictures on their landing page. Additionally, the top 3 photos will be rewarded with credits to spent with a Hub Perk partner of their choice.