CEO of Graphene 3D Lab Inc., Daniel Stolyarov, speaks in an interview about the possibilities and future of 3D printing with the wonder material graphene.

Over the last few years researchers have been exploring the potential of this fascinating material. Graphene is basically a thin layer of pure carbon and the thinnest compound known to man, being only one atom thick. It is also incredibly lightweight, though strong and an excellent conductor of heat as well as electricity.

Before joining Graphene 3D Lab as CEO, Dr. Daniel Stolyarov has studied Physical Chemistry at the University of Southern California as well as Physics and Applied Mathematics at the Moscow Institute of Physics and Technology. His profound knowledge of nano materials and the formulation of nano composites were complemented by leading the technical branch of Graphene Labs as Chief Technology Officer.

You have been working with nano particles for a long time. How is graphene different from adding particles of wood or ceramics to plastic filaments?

The difference between adding graphene to filaments and wood or ceramics is all in the scale of the materials. Graphene is only a few microns wide and a few nanometers thick, which is by a factor of a thousand times smaller than the pieces of wood or ceramics used in 3D printing. The wood and ceramic do not interact very much with the polymer; however, because graphene nanoplatelets are so small, they directly affect and enhance the properties of the polymer.

In fact, the addition of graphene nanoplatelets gives filaments electrical and thermal conductivity, and also enhances their mechanical strength.

For this reason, a lot of science goes into the addition of graphene to a polymer – it not quite as simple as adding wood particles to PLA or ABS.

Your company is planning to revolutionise the use of 3D printing. A tough thing to do on your own. Do you plan partnering up with big players in 3D printing like Stratasys or 3D Systems?

Graphene 3D Lab develops functional materials for 3D printing, and our intent is to formulate our materials in such a way that they may be used with commercial 3D printers, including those manufactured by industry giants such as Stratasys and 3D systems; this is no simple undertaking. First, large manufacturers of 3D printers have a tendency to lock up the materials used in their 3D printers by enclosing filaments into cartridges equipped with RF tags. Also, we the properties our nanocomposites must be adjusted so that they behave the same as commonly used thermoplastics such as PLA or ABS. Because of this, it is necessary to compromise the functional performance of our nanocomposites.

For this reason, it is my hope that large manufacturers of 3D printers will realize the potential of functional 3D printing materials and collaborate with us. Our recent hire for Chief Marketing Officer, Gil Mayron, plays a leading role in our efforts to partner with players in the 3D printing space. Mr. Mayron has years’ worth of high-level experience in dealmaking at 3D Systems, and we are already seeing the benefits of his expertise at Graphene 3D Lab.

Identifying and collaborating with partners is clearly a significant part of our growth strategy, as it should be for any serious player in this space.

Do you see an opportunity for Graphene 3D Lab in industrial applications or do you aim for home users?

Our aim is for both home-users and in industrial applications. At the moment, there are several reasons why 3D printers are not yet on the desktop of every home; these roadblocks are being demolished one by one, but it will be some time until we really see consumer 3D printing take off, which I believe it will.

However, there is already a robust interest from industry in 3D printing, and clear interest in 3D printing with conductive filaments. We certainly seek to have our materials enter the supply chain of industrial players because industry as it stands is the more mature market.

Graphene 3D plans to knock down some roadblocks to a more mature at-home 3D printing market as well. We intend to develop a proprietary 3D printer which is optimized for multimaterial printing. This will be important, as in order to print objects which are more useful than models and prototypes, 3D printers should be capable of printing in a user-friendly way with a range of different materials.

Your company researches the addition of graphene nano particles to other printable materials. Would graphene keep its properties with other 3D printing technologies like laser sintering or in liquid materials used for SLA/DLP 3D printing?

We expect that it is likely that graphene will be compatible with SLA because the reaction (printing) happens when a photopolymer is exposed to light, which should not degrade the graphene at all. SLA is largely used on an industrial level, and has a wide range of compatible materials, so we look forward to future developments in this area.
It may be a bit more difficult to incorporate graphene in SLS 3D printing, because high-powered lasers are used, which may burn graphene. However, there are carbon-enhanced materials for SLS currently on the market, so adding graphene to SLS materials still may be feasible.

As we have found, graphene-based materials are compatible with FFF 3D printing. It is quite possible that we will also be able to incorporate graphene into SLA and SLS materials. However, it is not something which we are currently focused on.

In your opinion, which branches would benefit the most from using graphene materials?

Graphene adds electrical and thermal conductivity, as well as mechanical strength to 3D printing materials. For this reason, we expect it will benefit any additive manufacturing technology which it is capable of being used in.

Which role could graphene play in the battery industry?

Graphene is an ideal material for making electrodes used in batteries. It is highly electrically conductive, chemically inert, and has enormous specific surface area (i.e the area of the surface of the material divided by the unit of mass). On the other hand, the high price of graphene is somewhat limiting towards its use in batteries. Fortunately 3D printing is not a price sensitive process, due to the fact that the advantages offered in 3D printing outweigh the negative impact of high manufacturing costs. That is why we believe that the technology used in our graphene-enhanced 3D-printable battery has enormous commercial potential.

Does the hype around 3D printing help you to get the awareness your product deserves?

It certainly does. There is a lot of hype around graphene as a material, and we are just now seeing which aspects of that hype are likely to come to fruition. Fortunately for Graphene 3D, we have already well-demonstrated the commercial-grade capability of graphene to be used in conjunction with other 3D printing materials.

What´s the role of politics? Do they support such groundbreaking research adequately?

Our company does not directly rely on financial support from any government. However, the US government appears to be very supportive of the 3D printing space, which we are thankful for. While it may not have a direct influence on our company, the willingness to support this space in general by the US certainly will have positive influence on what we are doing.

In fact, President Obama has mentioned 3D printing in a State of the Union address and views the technology as the next revolution in manufacturing.

You managed to hire Gil Mayron from 3D Systems. Are there further recruiting plans you want to talk about?

Graphene 3D is a growth-oriented company, and as such will need to expand our personnel if we are to follow our growth strategy. However, I cannot comment specifically on potential hires until they are officially announced, as Graphene 3D is publicly traded.

What are the future predictions for Graphene 3D Lab?

Graphene 3D Labs’ mission is to develop functional materials for 3D printing and I believe we pursuing a tremendous opportunity. If everything goes as anticipated, our company has the potential to lead this industry in materials development. We envision the widespread adoption of 3D printers as additive manufacturing becomes a major manufacturing technology; in the future, most items may be 3D printed and our materials may be those used in their manufacture. We welcome the work ahead of us. 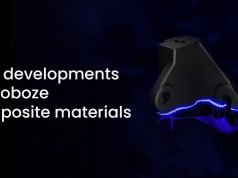 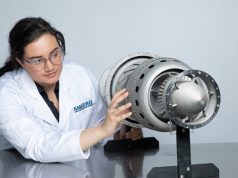 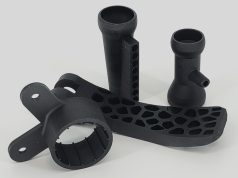 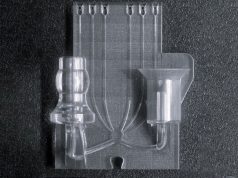 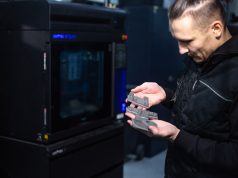 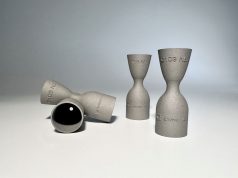 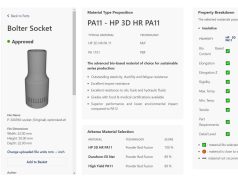 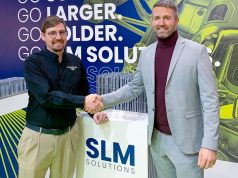