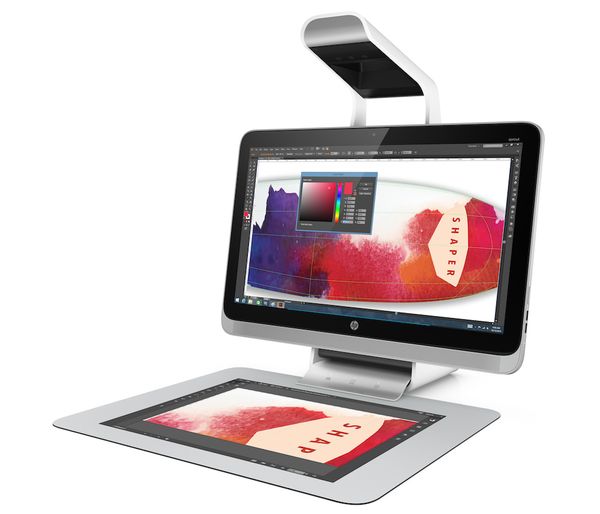 In October 2014 HP announced a desktop computer with built in 3D scanner and a projector which replaces mouse and keyboard.

Now they announces the successor of the Sprout – the Sprout Pro. On the outside nothing much has changed. The display is the same 23-inch and Intel´s RealSense3D camera setup with the projector are also being the same. The processor got a speed burst and some of the included software got a more business-oriented touch. Like a special Skype app, which lets you scan and send documents during video conferences.

A use case for the original Sprout:

The Pro was announced for 2.199$ with expected delivery in February. The original Sprout now sells for 1.599$.