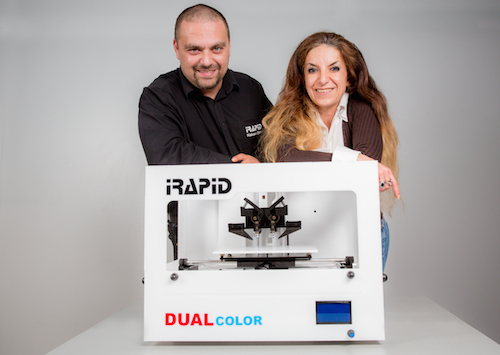 WHITE is the new model of the German 3D printer manufacturer iRapid that works with 2 nozzles and can produce objects in which two colors are combined. The device has a graphic display and supports two-colored files. The new model is white and illuminated even brighter than the previous model BLACK, introduced in 2013.

“So far producing two-colored objects was only possible if the colors were layered over each other,” explains Hakan Okka, technical managing director, “and the coil with the filament had to be changed. That’s in the past. ”

But that’s not everything: The dual-extruder technology can also work with water-soluble filament, used for objects which require support structures. “For complex shapes, those with cavities, these support structures are essential,” said Okka, “as it is not possible to print in the air. Previously you had to remove these structures manually. Now you just lay the model in water and they dissolve on their own. ”

iRapid is the first and the leading German manufacturer of fully-assembled 3D printers. “The previous model BLACK is meanwhile part of the assortment of Saturn and Media Markt, available in over 100 stores. Now the 3D printers can be purchased also on Amazon and OTTO.de: our products are online available in whole Europe and Switzerland“, says Mirjana Jovanovic, managing director for marketing.  “This is because we set new standards in design and price.” IRapid WHITE’s retail price is 1499 € incl. VAT.

The interest is already large: the new model can be seen during the Technology Trend Days in Sindelfingen, Germany (29.09-04.10.2014).

iRapid BLACK will also be improved. In addition to a new, finer nozzle, the model has several software updates and improved printing characteristics. 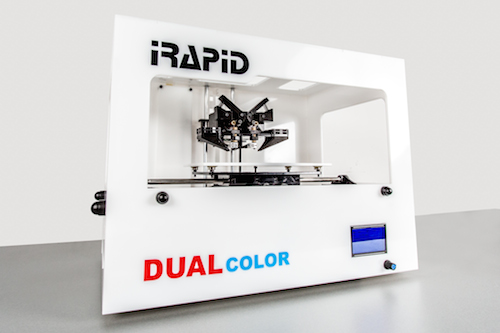 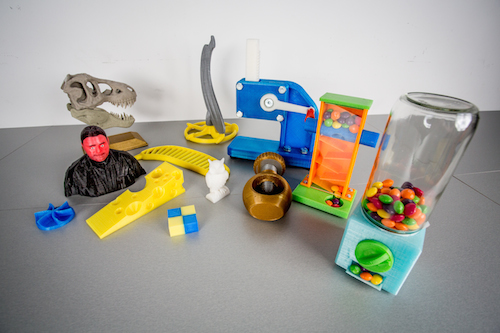