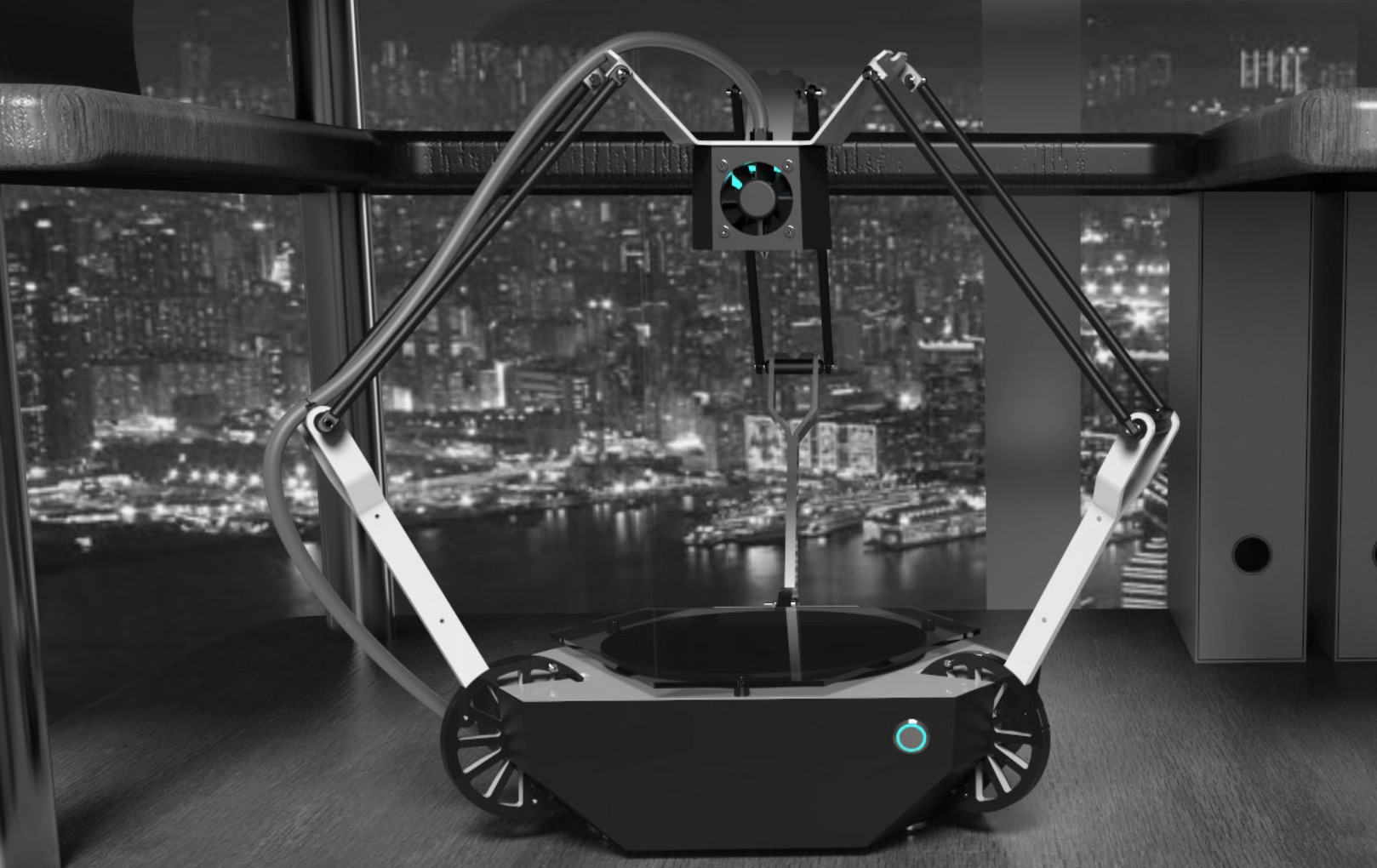 The Krak3n is a new modular delta 3D printer, that will launch on the crowdfunding platform Kickstarter this April.

Goal of the developer team was to create a 3D printer, which users did not have to choose between features but rather have them all combined in one device. The unique structure completely eliminates linear carriages and features such as an automatic print bed calibration are integrated. Being a “modular” device, it can be upgraded easily with additional extruders or even laser engraving features in future, according to the developers. Users will be able to switch from a single extruder module to a dual extruder and further modules such as paste and chocolate extruders are to come.

As the team of four still claims to be “in an early stage of development”, we will have to wait until the launch of their campaign to get more details about the Krak3n.