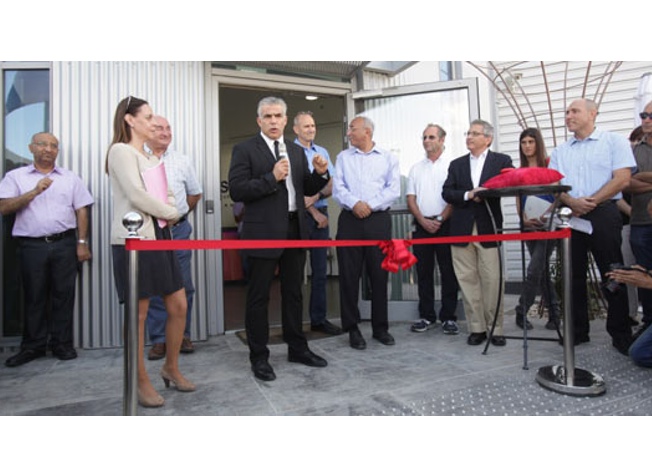 Stratasys has just opened a new factory for PolyJet Printers to meet the growing demand on the 3D printing market. Israels’s Minister of Finance, Yair Lapid, spoke at the inauguration of the facility in Kiryat Gat, in the southern part of Israel.

The Minister was welcomed by a group of 60 Stratasys staffers who completed a 45 kilometre bike ride, starting at Stratasys’ headwater in Rehovot. The ribbon cutting ceremony was kicked off by symbolically passing a Stratasys torch to Amir Kleiner, VP of Operations in Israel. Kleiner will head the new facility in Kiryat Gat.

Ilan Levin, Director of Stratasys: “The opening of the facility marks an important milestone for Stratasys as part of our commitment to manufacturing high quality 3D printers and materials. The new facility will enable us to respond to increasing demand, will improve the quality of production, and will improve the working environment and conditions of the production team.”