The website UZATA.com gathers worldwide offers for industrial 3D printing equipment in one place, saving its users time they would probably spend on browsing the web for individual posts.

June 5, 2015: The advent of consumer-sized 3D printers generated the “Maker Movement” of consumers who are thrilled with the unexplored possibilities that this technology has engendered. Being able to bring to life an idea that was solely a concept within minutes has thrilled engineer and product developers in companies around the globe. The desire for 3D printers is only surpassed by the desire for affordable professional 3D printers. UZATA hopes to provide an answer to this demand with their new website which encapsulates those used printers being sold through Ebay and other sources into one easy to use
location.

The name “UZATA” comes from Esperanto meaning “used” and every single printer on the website is a slightly used printer that is being sold somewhere on the web. UZATA allows for sellers to create a classified ad that can be linked to their selling mechanism. The website enables a user to peruse from a variety of used 3D printers, all in one locale, before making a selection. Once the selection is made the link will take them to the Ebay or other sales system for purchase. The idea was not to reinvent the wheel, but polish it up a bit.

“The idea behind our website is to put all of the ads in one spot for a side-by-side comparison,” Miroslaw Jaskulowski explains. “This way instead of shopping all over the web, people who want to make a purchase can find everything they need in one spot.”

Marketplace UZATA has just released a report, featuring the most important numbers and facts of last month.

Out of 217 used 3D printers 54 were listed in July, of which the majority is from North America, representing 68%, followed by Europe with 30% of listed devices. 3D Systems, Stratasys and Z-Corp are the main manufacturers of machines for sale.

UZATA also revealed other interesting facts: “In Europe there were quite a few DLP/SLA 3D printers listed and none from Stratasys. There were also two listings of complete second-hand filament production lines. Is it an indicator that there is enough FDM filament on the market?” 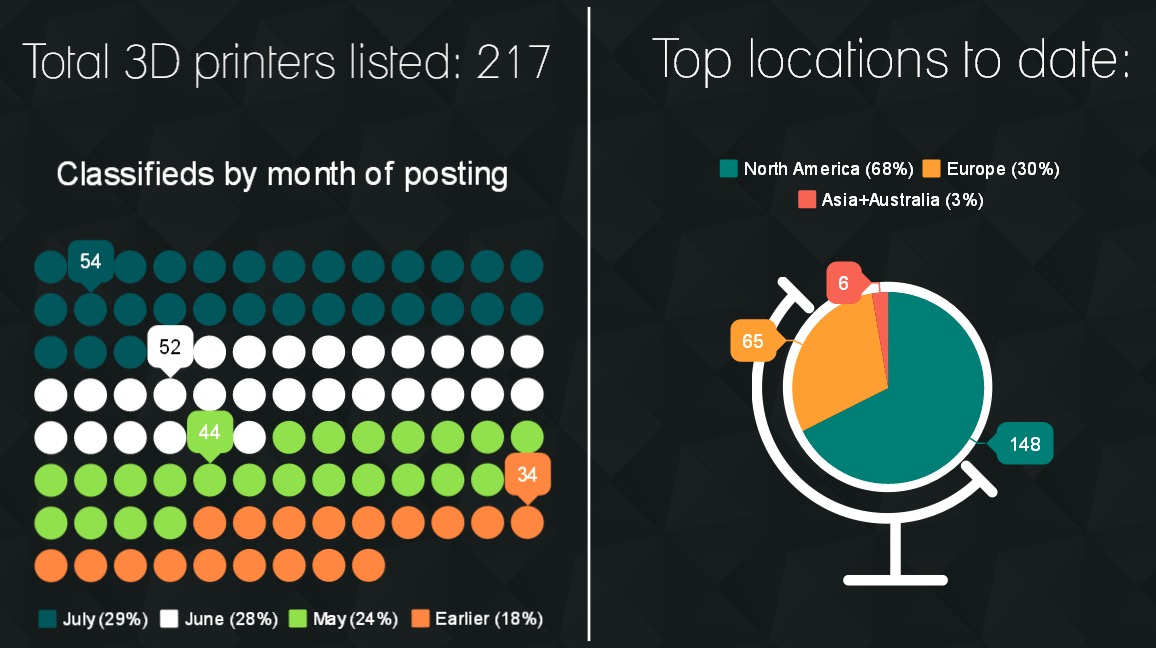 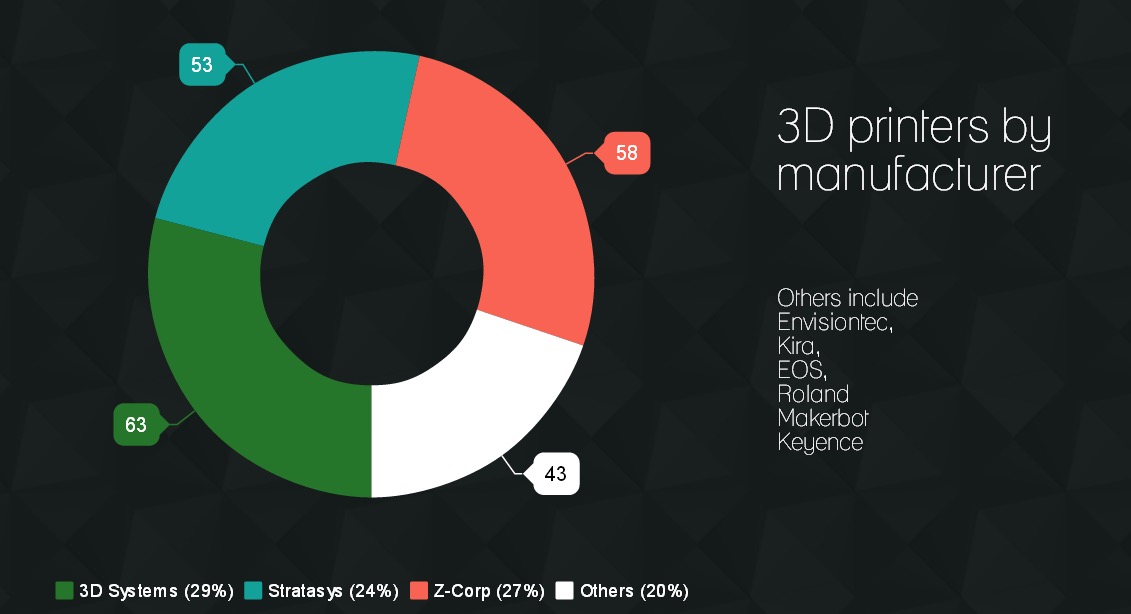