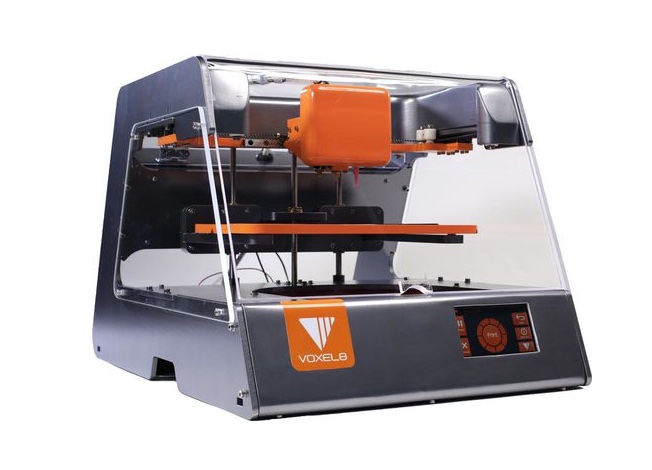 December 17, 2014: Voxel8, founded by Dr. Jennifer A. Lewis, Wyss Professor of Biologically Inspired Engineering at Harvard University, is commercialising a new platform for 3D printing including functional materials, printing hardware and intelligent software. The company enables designers and engineers to create products with embedded 3D electronics for the first time. Dr. Lewis and her team are building on the foundational patents previously generated at The University of Illinois and Harvard University.

“Voxel8 is pushing the limits of the design and manufacturing of electronic devices with a 3D printing platform that enables users to move beyond the prototype printing phase. The company’s technology enables the mass customization of smart devices in new form factors without the cost and waste of the traditional supply chain,” said Dr. Jiong Ma, Partners at Braemar Energy Ventures, “Braemar is thrilled to support Dr. Lewis and her talented team in the early stages of Voxel8’s growth.”

“I am excited to leverage over a decade of research to transform the way devices are manufactured,” said Dr. Lewis, “Through the support of investors like Braemar, we are able to bring our ground-breaking technology to the mass market.”

Voxel8 is said to reveal further details at the Consumer Electronics Show from January 6-9, 2015 in Las Vegas.

In an official press release earlier this day, Voxel8 announced the pre-order availability of its Developer’s Kit. Further the company teams up with Autodesk to develop a new design tool called Project Wire. This software will enable users to create 3D electronic parts with embedded circuits.

The Spark powered design tool Project Wire will allow for creation of 3D printable electronics by uploading a CAD model and using a drag&drop function to insert electronic components.

The Voxel8 Developer’s Kit is currently available for pre-order and is priced a $ 8,999. A limited release will be shipped in late 2015.

“We are excited to work with companies like Voxel8, because they are really pushing the boundaries of what 3D printing is capable of, and by incorporating conductive inks directly into 3D printing process, we can start to create things that have function after they are printed,” said Jeff Kowalski, CTO of Autodesk.

After the successful launch of the electronics 3D printing device and teaming up with Autodesk, Voxel8 has announced another cooperation.

“We are pleased to be partnering with Voxel8 to further develop its multi-material 3D printing technology,” said Megan Anderson, Vice President of Field Deployable Technologies at IQT. “The customization enabled by Voxel8’s technology allows users to quickly create new devices without the inconvenience of tooling, inventory, and supply chains associated with traditional manufacturing methods.”

“I am excited to leverage over a decade of research to transform the way devices are manufactured,” said Dr. Lewis, “Through the support of investors like In-Q-Tel, we are able to bring our ground-breaking technology to the mass market.”

Voxel8 has just secured an additional $ 12 million in funding. The Series A round was led by Breamer Energy Ventures and ARCH Venture Partners joined by prior investor In-Q-Tel and Autodesk through its Spark Investment Fund.

Having been an earlier seed investor in Voxel8, Jiong Ma from Braemar Energy Ventures, said: “Dr. Lewis and her team have made tremendous progress since our earlier investment, and the level of industry recognition that Voxel8 is receiving underscores the enormous potential of this technology. We look forward to working with the team and new investors to realize the full value of the Voxel8 3D printing platform.” 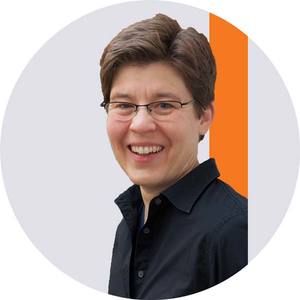 Voxel8 founder and CEO, Dr. Jennifer Lewis, concluded: “It’s very gratifying to see innovations from the lab advancing so quickly, and this new round of funding will help us accelerate the process of bringing this novel technology to market.”