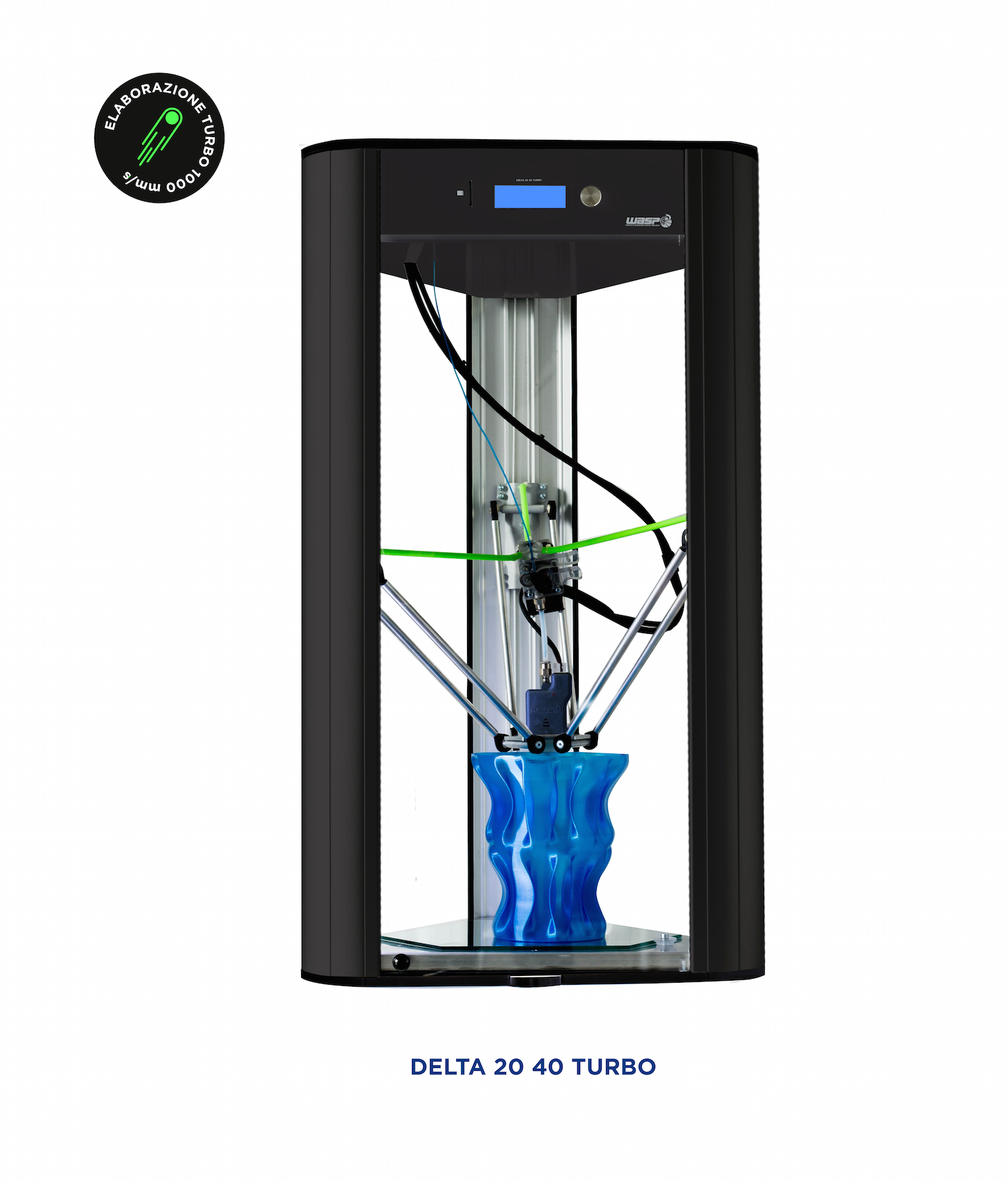 WASP plans to unveil the DeltaWASP 20 40 Turbo 3D printer at the 3D Print Hub show in Milan. The device is said to be capable of printing at a speed of 600 mm per second and travel at 1,000 mm per second and is therefor probably the fasted FFF printer on the market.

The WASP team working on the development of the BigDelta, a 3D printer designed to build houses, faced the necessity of having a more powerful electronic board and processor in order to move the arms of the printer at high speed and with more fluent movements. This resulted in the the modification of the firmware (Marlin), a re-designed pcb board with a 32 bit RISC processor able to do 82 million operation per second.

“In the open source world we didn’t find more powerful boards: all firmware are for Arduino Mega. This has forced us to take a great work of ‘discovery and development’ that we share in open source. We know the valuable knowledge that we have been donated by the community until now” said Massimo Moretti, founder of WASP.

The team has tried to use this powerful board in combination with the DeltaWASP 20 40. The result was incredible: The original speed of 250-300 mm/s was increased up to 1000 mm/s while the precision remained the same.

The 3D Print Hub Milan will take place from March 5th to 7th.

Check out the following video to see the incredibly fast printer in action: