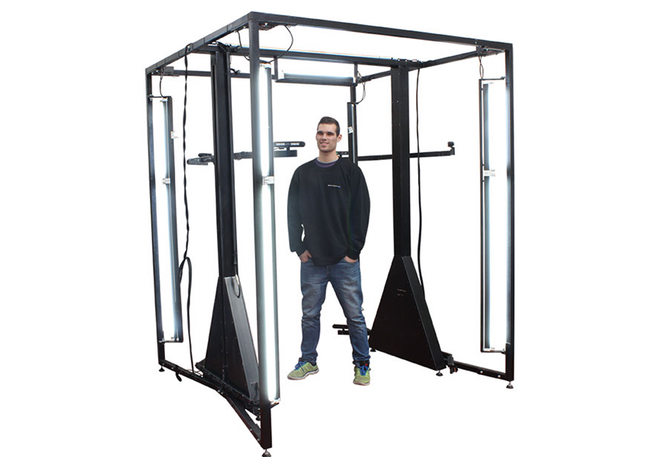 February 19, 2015: The device is equipped with four infrared sensors working simultaneously to scan a person from top to bottom within 15 seconds, after just entering their hight and pressing a single button. The massive device is controlled by its own software, which automatically calculates the number of shots and the distance between them. After finalising the scan the software optimises the file in just 90 seconds and stores a 3D Model in the CloneBE online platform. There users can view, share and interact with their digitalised full colour 3D clone.

During the launch of the full body scanner, Grupo Sicnova has scanned a total of 318 inhabitants of a Spanish village within one day. They will all receive their own miniature 3D sculpture, called “clonesculturas” by the company.

According to CEO Ángel Llavero, Grupo Sicnova is currently selecting resellers for international markets. The device is said to cost around € 25,000 ($ 28,500).

Following the digitalisation of a whole Spanish village, Grupo Sicnova presented the inhabitants with their personalised 3D printed mini-me.

Check out the following pictures released on their blog, to see an entire 3D printed miniature village: