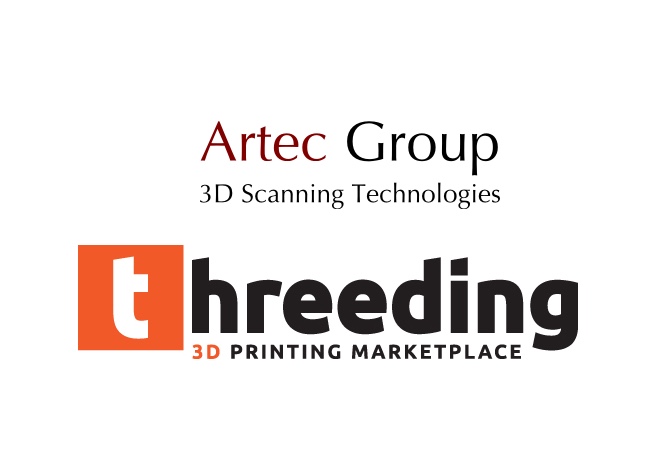 Artec Group, developer and manufacturer of professional 3D scanners, and the 3D printing marketplace and file-sharing website Threeding, have announced a cooperation agreement for the 3D scanning of historical artifacts.

October 29, 2014: Under the agreement, Threeding will use Artec’s professional 3D scanners, software and know-how to 3D scan historical artifacts from leading Central and Eastern European museums. 3D scanned models will be published in a 3D printing-friendly format on Threeding’s website and will be available for sale. This is the first large-scale project for the 3D scanning of cultural heritage for commercial purposes.

The partnership follows successful cooperation between Threeding and the Regional Historical Museums of Varna and Pernik. The company has already scanned over 150 museum objects which are available for sale in a 3D printing-friendly format. Among the scanned objects are ancient sculptures and reliefs, ancient architectural details of Greek and Roman origin, medieval weapons, icons, tools, etc.

The partnership will allow Threeding to add into its portfolio of 3D printable models new unique historical artifacts from world history. Furthermore, Threeding plans a new round of scanning at the Historical Museums of Varna and Pernik, applying Artec’s technology to scan smaller artefacts.

“We are very excited about this partnership. Offering 3D printing models of historical artifacts is a key priority for us and having access to Artec’s cutting-edge 3D scanning technology will increase significantly the number of models we offer. Their 3D scanners are undisputedly the best devices for the digitalization of historical artefacts,” said Stan Partalev, co-founder of Threeding.com.

“Artec Group pays much attention to application of 3D scanning technology for world heritage preservation. With a pleasure we participate in such projects and make our little contribution to this highly important initiative”- said Artyom Yukhin, president and CEO of Artec Group.

The project will also benefit the host parties: the museums will collect a royalty from each sale and will be able to use freely all scans for scientific and education projects. This is an important aspect of the project, due to the fact that most Central and Eastern European museums have limited budgets. With this project, Threeding and Artec will help them financially and support the Pan-European effort for the digitalization of European historical and cultural heritage.

The National Museum of Military History of Bulgaria and Threeding.com, a fast-growing 3D printing marketplace and community, have announced a cooperation agreement for 3D digitalization of the European military history. Under the agreement, Threeding.com will 3D scan and offer part of the National Museum of Military History’s exhibits in a 3D printing friendly format on its platform. All 3D scans will be available for free view in the Museum website. The pilot project will be dedicated to the First World War and mark the 100th anniversary of the war.

“The premise of the National Museum of Military History is that the majority of our visitors – young, employed, open to innovations, and up to date with some of the European practices – will be excited by this different form of museum communication. The ambition to create a virtual museum is coupled with the desire to mark the anniversary of World War One in a novel for Bulgaria and the Balkans approach – acknowledging its cost, its human and social ramifications. We hope that the joined efforts will accomplish this ambitious goal”, commented the director of the National Museum of Military History, Associate Professor Sonya Penkova.