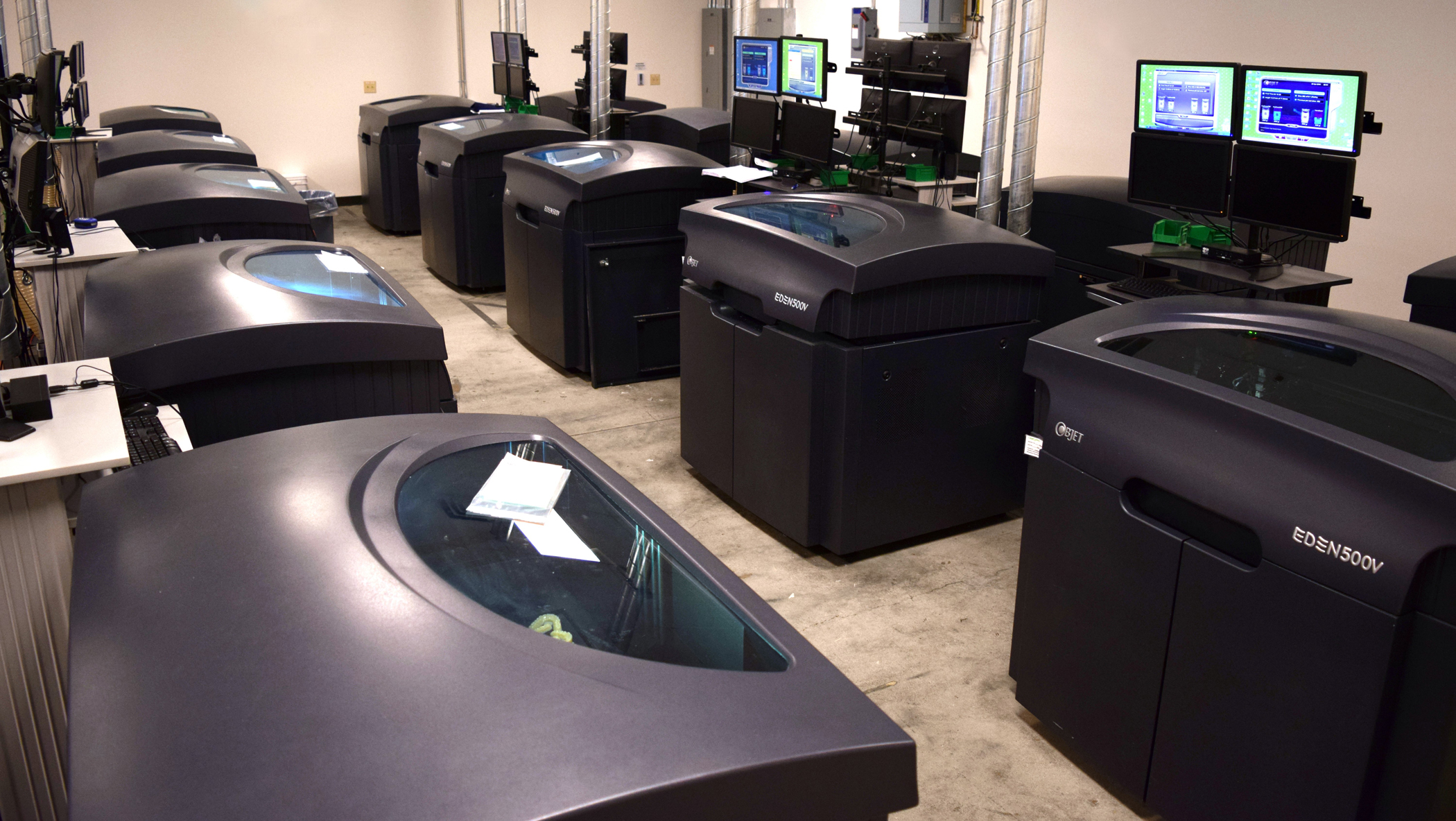 ClearCorrect, manufacturer of 3D printed custom-made orthodontic aligners, has incorporated an additional batch of Stratasys Objet Eden500V 3D printers to its already existing fleet. With this addition, ClearCorrect will now realise a 30 percent increase in its capacity for the production of ClearCorrect dental models.

3D Printers are a key component of the ClearCorrect manufacturing process. With the use of the Objet Eden500V 3D Printer, the company can quickly print 3D models throughout each step of a patient’s orthodontic treatment. The process begins with a digitized scan of a patient’s mouth. This scan is used to create accurate 3D printed models, which are then thermoformed with a specially formulated plastic to create custom, clear aligners. When worn, the aligners will apply pressure to the patient’s teeth that need to be moved. Every two to three weeks, the patient will begin wearing a new set of aligners to continue the realignment process until treatment is complete.

The additional Stratasys 3D Printers that ClearCorrect has added will benefit their customers by shortening the company’s lead times, and also by helping to accommodate rush orders.

“Initially we started with just a few 3D printers, and we have quickly transitioned to full production, where 100 percent of our models are now 3D printed,” said Jarrett Pumphrey, CEO of ClearCorrect. “We’re growing fast and adding more Stratasys 3D Printers to our digital workflow means that we can easily scale up with demand-enabling us to service more doctors with faster delivery times.”