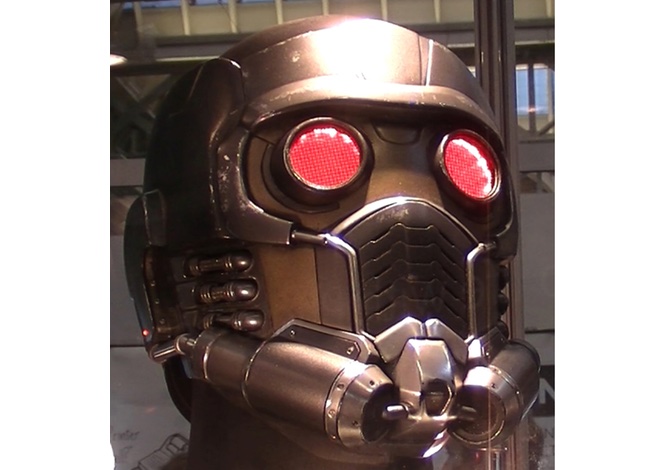 Stratasys announced that its Objet Connex technology has played a starring role in one of this year’s biggest movie blockbusters, through its continued use by leading movie costumes and props specialists, FBFX Ltd.

FBFX Ltd was part of the team behind the off-beat science fiction adventure movie, Guardians of the Galaxy, a role which saw it create various 3D printed pieces including the entire ‘armor’ outfit for the character, Korath, played by Djimon Hounsou. According to Grant Pearmain, director of costume and props at FBFX, this was produced almost entirely using Stratasys’ Objet500 Connex technology and represents the first time the company has produced a fully 3D printed costume worn in a movie.

According to Pearmain, 3D printing technology has moved things to a new dimension for his company, specifically in quality and turnaround times in comparison to traditional methods involving model makers working with clay. Underscoring the rapid advance of digital technology within FBFX’s operations, the company now utilizes 3D printing in 90% it’s projects – a leap from a mere 10% around only three or four years ago. 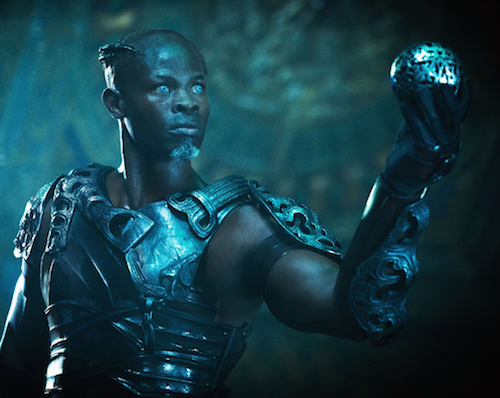 “Quite simply, Stratasys’ PolyJet technology delivers a level of quality with precise detail that is better than anything else available. We no longer have to contend with repeatability issues like variations in skill level from one craftsman to another – we know exactly what the 3D printed piece will look like, regardless of how many pieces we’re producing,” he explains.

Workflow times slashed by half

“All told, we’re saving at least 50% on lead times, a precious commodity when working on a film, as there’s never enough time. This faith in the 3D printed piece and the speed at which we can have it in our hands, also gives us the flexibility and confidence to regularly experiment and to try new things – something we’ve not always had the time to do,” he continues.

These time savings have allowed Pearmain and his team to go from design to virtually completed, accurate prototypes in a few days, as opposed to a few weeks. FBFX can now show highly-detailed pieces to production companies much more quickly than using traditional methods, while also rapidly turning around pieces in response to directors’ sudden demands for camera tests.

For Pearmain, the capability of 3D printing to allow different teams in different countries to work on the same project, further demonstrates its process-enhancing benefits: “We will often receive digital files from concept designers in Los Angeles that we finalize and 3D print via our service bureau IPF, with whom we’ve collaborated on a number of major motion pictures,” he explains. “Similarly, we might send concept files to the team there to tweak and return for outputting here, so it’s all about a fast, seamless operation that again helps us save time.” 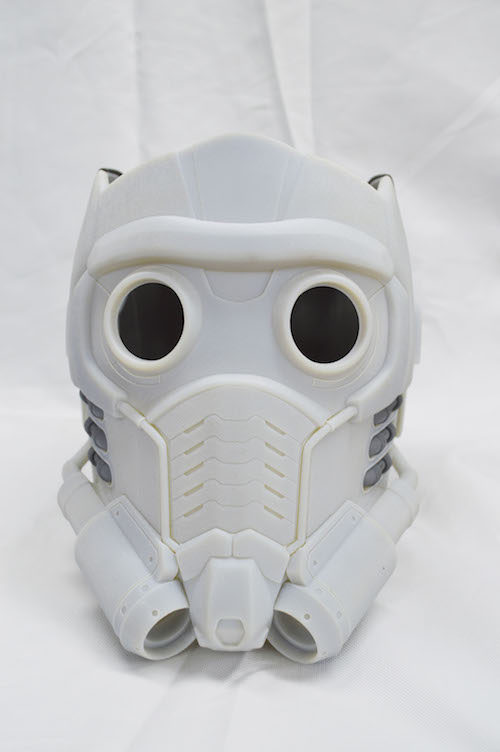 Simon Brandon, UK Marketing Manager at Stratasys, believes that from a technological aspect, deploying 3D printing within this particular field of use offers a number of new benefits previously beyond the reach of companies like FBFX.

“The high quality and precision detail achievable from our 16 micron layer PolyJet-based 3D printers ensures fully-functional props with unprecedented realism, which together with the printers’ high print speeds, fulfill two of the foremost prerequisites demanded by companies like FBFX,” he concludes.