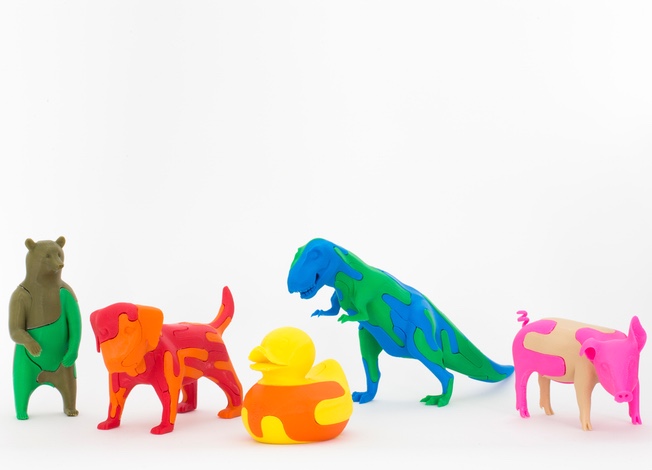 Fleet Hower and 3D Hubs partner to release 3D printed Designer Puzzles; Lock-Nesters. Th​e L​ock-Nester collection consists of six three-dimensional jigsaw puzzles that range in difficulty from 5 to 185 pieces. Upon launch, over 100 colour combinations will be released. Prices will start at $15 per puzzle. Over 8,000 print locations worldwide​in the 3D Hubs network will be available for printing the Lock-Nesters.

With the release of the Lock-Nesters Hower and 3D Hubs aim to push the 3D printing market towards products that can surpass those produced by more conventional methods of manufacturing. Hower: “I’ve always been fascinated with jigsaw puzzles and the geometries that make up their connections, but wished they could be designed with more freedom in three dimensions.” Instead of using standardized shapes it is important to Hower that each piece has its own connection logic determined by the curvature it spanned and relationship to its neighbors, the close association between model and piece gives every puzzle a distinct look. 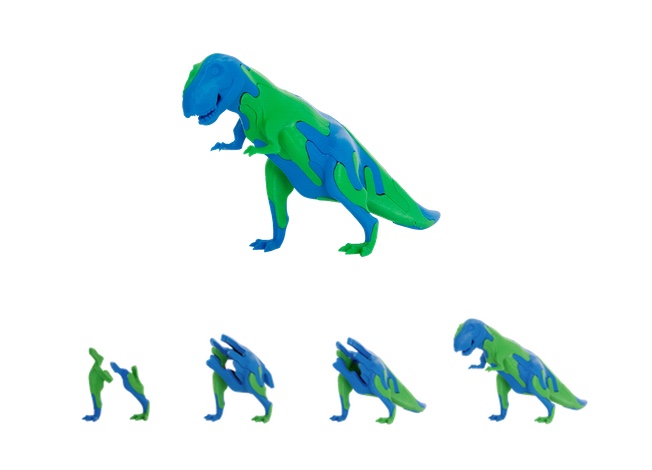 For developing the Lock-Nesters Hower used a desktop 3D printer because of the speed and ease of access for prototyping. The printer helped him understand the types of connections that would allow a puzzle to be assembled and taken apart. “My first prototype did not hold together at all, the second would not come apart, it was only after a few hundred iterations of testing that I began to develop an intuition about what would make a successful connection.”

 Even for larger scale production of the Lock-Nesters, 3D printing remained the best option as multiple traditional manufacturers passed on the job due to the number of unique pieces involved. “Conventional methods such as injection molding and casting came with quotes that were prohibitively high, but it makes no difference to a 3D printer whether each piece is the same or different, so we are leveraging 3D printing by using unique pieces that could not be produced another way.” The distributed production capabilities of 3D Hubs made it a natural fit for the Lock-Nesters, they could get puzzles to customers around the world by locally 3D printing through their global network, cutting out expensive shipping and third-party distributors, whilst being able to supply directly on demand.

 Hower is planning to expand upon his current work by offering more customization for the consumer to control. “All of our work is driven by algorithms, so there is a lot of digital modeling and code writing that goes on in the office. We’re hoping to increase the consumer’s ability to act as a client and influence the design of the end product.” Hower says this is achieved by customizing a puzzle’s form or color, or even offering the ability to upload one’s own model and create a personal puzzle, “everyone is important enough to be immortalized by a puzzle bust”. 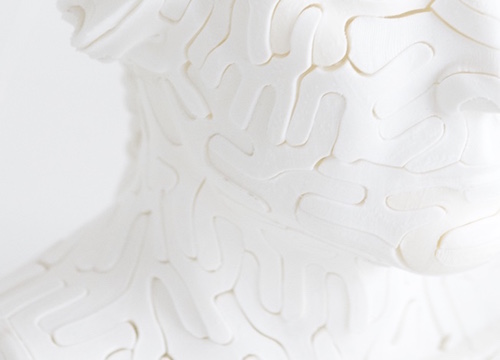 The Lock-Nester Designer Puzzles a​re amongst the first of a new type of product. A product which is manufactured around the corner, leveraging the l​ocality and customisability that 3D printing c​an offer. B​y using the 3D Hubs network, sufficient capacity a​nd reach is a​chieved, w​hile each product is manufactured on demand​upon ordering. “We are working towards a future in which distant mass-production is replaced with local communities that digitally design and make the products that they use daily.” says Bram de Zwart, CEO of 3D Hubs.

Lock-Nesters can be ordered from Hower’s website or directly through 3D Hubs. The first series will be available in the US, Canada and Europe starting October 23.
 

About Fleet Hower:
Fleet Hower is a designer intent on transforming the way we think about and produce products that shape our lives. He is interested in creating collaborative relationships between digital design and physical production in ways that leverage the rapid changes taking place in manufacturing technology. Fleet’s work is helping to disrupt the traditional workflow of design-to-manufacture by investigating new possibilities of adaptable and intelligent computational design strategies that can interface directly with physical
fabrication. Fleet lives and works in Brooklyn.

About 3D Hubs:
3D Hubs is the world’s largest and fastest growing network of 3D printers with over 8,000 locations in 140 countries. We are on a mission to make 3D printing accessible to everyone by unlocking the world’s idle 3D printers, facilitating transactions between 3D printer owners (Hubs) and people that want to make 3D prints. 3D Hubs empowers people to create a new type of product which is personalized, on-demand and locally produced. 3D Hubs was founded in April 2013 in Amsterdam by Bram de Zwart and Brian Garret. Currently based in New York and Amsterdam, 3D Hubs is a privately held company backed by Balderton Capital and Dutch investors DOEN and Zeeburg.