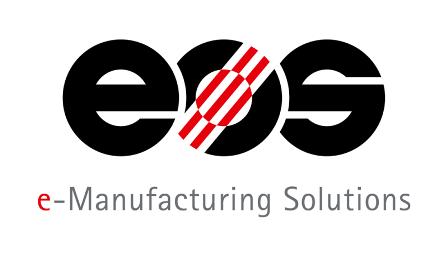 15 % less fuel consumption – this is the primary benefit that the manufacturer Airbus wants to give customers with its A320neo, a new short- and medium-haul aircraft.

Achieving the goal requires, above all, more efficient engines. MTU Aero Engines is a primary supplier to the US engine manufacturer Pratt & Whitney and plays a key role in Airbus reaching its objectives. In order to remain at the forefront of technology, the Munich-based experts in aircraft engines actively supports the use of innovative production processes. Additive Manufacturing plays an important role here, as shown in the manufacture of borescope bosses – access points for inspecting turbines – a product for which MTU relies on EOS technology.

Challenge
The aerospace sector is one of the most innovative in the world. Airbus applied for over 380 patents for the design of the A380 alone. New materials and technologies that are suitable for series production have an important role to play in this industry for reasons that include cost, weight and function. Because of this, both manufacturers and suppliers are testing the performance capabilities of Additive Manufacturing processes, by which components are produced when a powder is hardened, layer by layer, using a laser. This method was originally used in the manufacture of prototypes as it allows for the fast production of individual parts. Due to its many advantages, however, the technology has since established itself as a staple in series production.

The advantages associated with this process include increased design freedom as well as a wide range of useable raw materials, from extremely light, fire resistant/flame retardant plastics to a variety of metals. Generally, the moment an aircraft takes to the skies, both cost and safety pressures become significant driving forces. It is therefore important to choose the right middle ground when introducing new technologies. MTU Aero Engines, Germany’s leading engine manufacturer, took a strategic step-by-step approach towards the use of Additive Manufacturing.

The company currently uses seven EOS machines. “About ten years ago, we began with the manufacture of tools and development components,” says Dr. Karl-Heinz Dusel, Director of Rapid Technologies at MTU. “In order to optimise capacity utilisation and implement our phased plan, we went in search of further areas where we could apply the technology.” The principal challenge consisted of cost and safety considerations on the one hand, and the pursuit of strategic innovation on the other.

Solution
Borescope bosses will be used on the latest generation of engines – the Geared Turbo Fan (GTF) – and they will be manufactured using EOS machines. “At the beginning of the second phase we started to produce raw components, which replaced existing parts. The borescope bosses for the low-pressure turbines of the A320neo-GTFs fell into this category,” explains Karl-Heinz Dusel. These small add-on components allow technicians to check the condition of turbine blades inside the engine using endoscopes. The parts are riveted to the turbine housing to create an opening for the endoscope, which in the aerospace sector is termed a borescope.

Heat resistance and durability are the key characteristics of the nickel-based alloy that was used. This high-quality material achieves the best results demanded by the component, but it is difficult to machine. Fortunately, a problem like this is easily to overcome with Additive Manufacturing. As MTU is also a producer of raw materials, the company was able to develop a new process chain, which has been approved and integrated into the manufacturing system.

The entire manufacturing process is underpinned by a control system specifically developed by MTU. Online monitoring captures each individual production step and layer. In addition, new quality assurance procedures were introduced, such as optical tomography. The German Federal Aviation Authority even certified the EOS machines. In the past, the borescope bosses were cast, or milled from a solid, but the low-pressure turbines for the A320neo’s Geared Turbo Fan are the first turbines to be serially equipped with borescope bosses produced using Additive Manufacturing. Above all, it was the cost advantages of the EOS technology that were the decisive factor, both in the production itself and in the development stages.

The strategic approach paid off for MTU, as did the close and positive collaboration with EOS. Preparations for the series production of the borescope bosses have now begun. 16 parts per job are envisaged, totalling up to 2,000 parts per year. The savings in percentage terms, compared to previously established processes, is expected to be in double figures and quality is already at a high level. MTU and EOS are working together to further optimise the finishing for the component, especially the smooth surfaces, with the aim of achieving perfection in the structural mechanics.

For Dusel, the advantages are clear: “The EOS technology is characterized by its virtually unlimited design freedom and the significantly shortened development, production and delivery times. In addition development and production costs are drastically reduced. Components of lighter weight and greater complexity can be made a reality and production requires less material and minimal tools.”

MTU sees a lot of potential for the manufacture of further series components for aero engine construction, such as for bearing housings or the blades for turbines – both of which need to meet the highest demands in terms of safety and reliability. MTU’s aim: Within 15 years a significant proportion of components should be manufactured using industrial 3D printing. The EOS technology thus contributes to the competitiveness of the company, which is active in one of the most demanding sectors in the world.
Facts

Short profile
MTU Aero Engines is Germany’s leading engine manufacturer. This long-established company based in Munich has about 9,000 employees. It develops, produces and distributes components for civil and military aircraft engines as well as for gas turbines. The company also advises clients and supervises final engine assembly and servicing.