Japanese company RICOH has formed their additive manufacturing division about a year ago and now launches its first 3D printer.

RICOH AM S5500P is an industrial-grade system working with SLS technology. Its build area of 550 x 550 x 500 mm allows for the production of functional parts and end products using nylon and polypropylene powders. The company will officially present their first 3D printer, a result of a collaboration with Aspect Inc., at the upcoming formnext exhibition in Germany. RICOH has also announced plans to continue working with Aspect on new materials and enhanced functions. 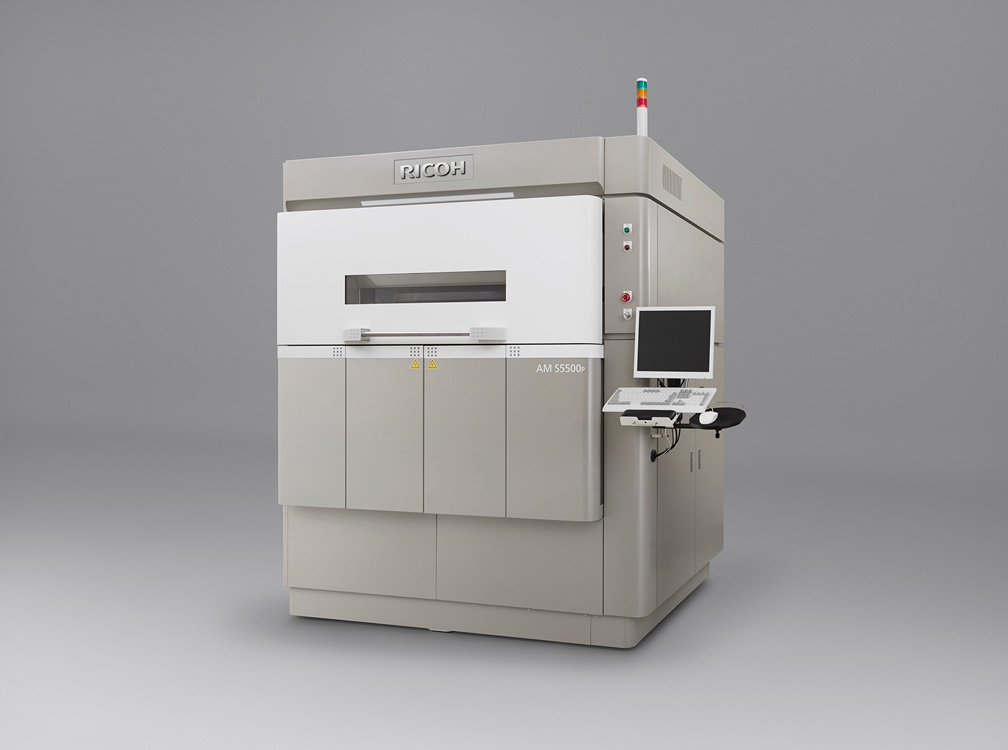 While RICOH has been working on the development of their first AM device, the company also started to sell 3D printers by third party manufacturers, such as Leapfrog, and began offering 3D design and manufacturing services to its clients. The new SLS device will be added to their existing services and can be ordered as of October 30, 2015 in Japan, with further sales expansion plans to Europe and other countries.