Home News Stumpy the Turtle Gets a 3D Printed Leg 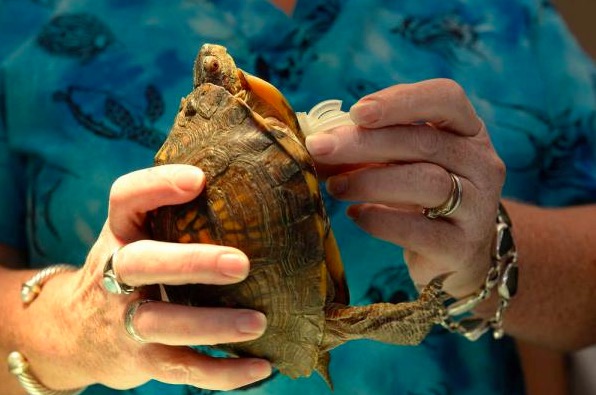 Following the successful creation of 3D printed prosthetic legs for Derby the dog, box turtle Stumpy was now given the freedom of moving around independently as well.

Due to an infection in her right front leg, veterinarians at the Oatland Island Wildlife Center in California had to amputate the limb to save her life. Being aware of the possibilities of 3D printing technology, veterinarian Lesley Mailler contacted May Howard Elementary school, where her daughter studied and had mentioned a 3D printer they used in class.

Soon a team of 5th graders was set up by some of the school’s science teachers to come up with an idea of how to help Stumpy. Inspired by the rolling wheels of a classroom chair,  a workable design was created in the software program 3DTin. After 3D printing the first prototype the students went through several weeks of redesigning and testing enhanced models.

As you can see in the following video, Stumpy was finally given a prosthetic leg she could actually walk again with: