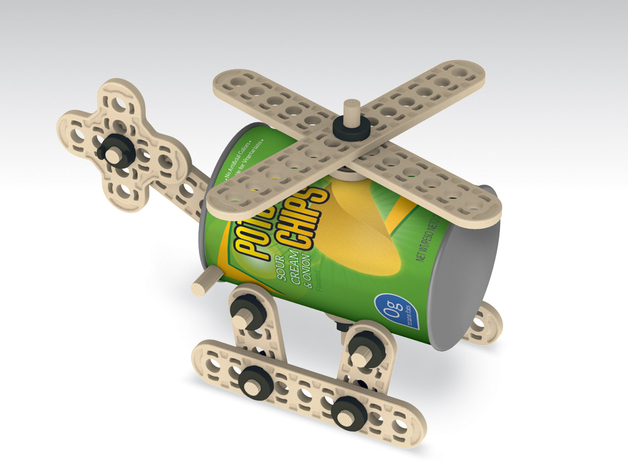 MakerBot and ThinkFun announced that Maker Studio Construction Sets are available for free at MakerBot Thingiverse.

The Maker Studio Construction Sets on Thingiverse allow educators, children, and parents, to transform ordinary household items into engineering-inspired machines, sparking their imaginations and an interest in STEM (science, technology, engineering and math) subjects. The new sets are part of MakerBot’s broader initiative to provide educators and students the resources and tools they need to embrace 3D printing. The digital designs for the Maker Studio Construction Sets can be downloaded now for free from Thingiverse.

According to the Department of Education, by the time students are seniors in high school only 16 percent are interested in pursuing STEM careers[1]. ThinkFun and MakerBot hope to inspire more students to develop an interest in STEM with the launch of Maker Studio Construction Sets.

ThinkFun’s Maker Studio Construction Sets — including Gears, Winches, and Propellers — are designed by engineers for children ages seven years and older with a budding interest in engineering. The 3D printable parts of the sets, including connectors, wheels, rods, hubcaps, spools, and hole punches, can be downloaded individually and used to transform household items, such as cereal boxes or soda cans, into kinetic machines. Instructions, assembly diagrams, and 10 open-ended challenges to build problem-solving skills can also be downloaded from Thingiverse. Children can follow the step-by-step building instructions or let their imaginations run wild and create their own challenges. 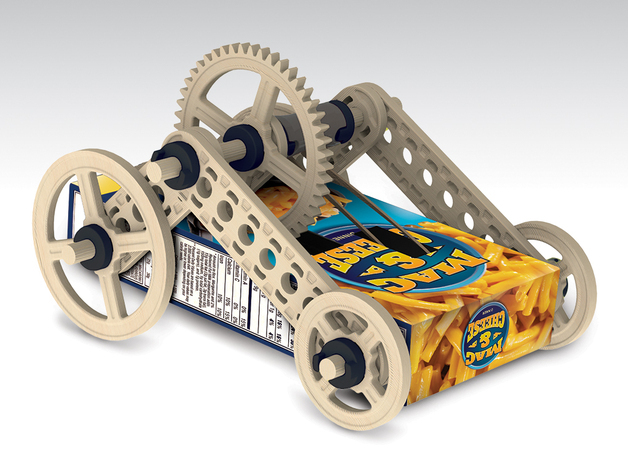 As part of their partnership, ThinkFun and MakerBot today also launched the “Kids Make It Challenge” for children around the world to share their creations and compete for ThinkFun and MakerBot-branded prizes and for the title of Master Maker. To enter, kids or parents simply post a photo or video of their Maker Studio creation on Twitter or Instagram with the hashtag #KidsMakeIt. Entries will be accepted until July 14, 2015, and the winner will be announced on July 28th, 2015 on the MakerBot blog. Official contest rules are on the #KidsMakeIt Challenge Page. 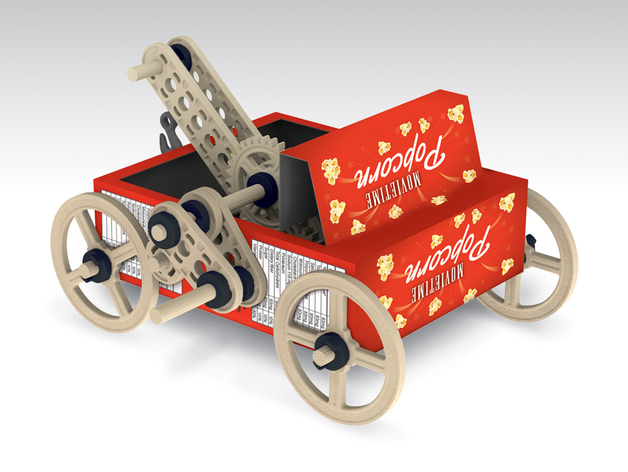 “Maker Studio sets itself apart from other toys by giving kids the tools to make their own unique creation,” said Bill Ritchie, co-founder of ThinkFun. “Kids are inherently creative, and it’s amazing to see how imaginative they can be when given the opportunity to exercise their minds and ingenuity with smart toys like Maker Studio. We are eager to see the creations that come out of the Kids Make It Challenge.”

The Maker Studio Construction Sets are the latest addition to the resources MakerBot is providing for educators. Other resources can be found on the new MakerBot Education Resource Center, such as the MakerBot in the Classroom handbook, real-world MakerBot stories, videos, and challenges for teachers and students. MakerBot also offers custom product solutions for educational institutions such as the MakerBot Starter Lab, a scalable, reliable 3D printing solution that is easy to implement, and the MakerBot Innovation Center, a large-scale 3D printing hub.