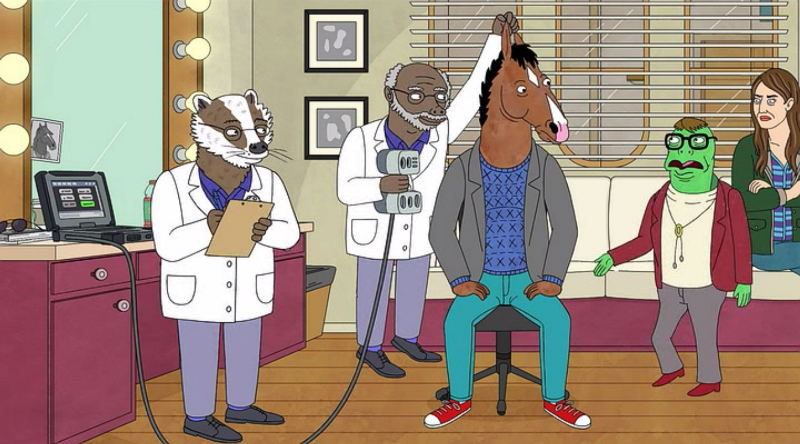 What do you do if you’re worried that your Hollywood leading man (well, a talking horse) could breathe his last mid-shooting? You make a 3D scan of their face with an Artec scanner, just in case.

That’s the comic dilemma facing the fictional TV producers in Episode 1 of the second season of BoJack Horseman, the hit Netflix cartoon series starring Will Arnett as the eponymous humanoid horse, a world-weary TV star whose Hollywood lifestyle and super-sharp wisecracks have had audiences laughing around the world.

When the star can’t be relied upon to make it through filming, his producers tell him they must scan his face (using Artec Eva’s predecessor, the MHT 3D scanner) to make sure they can complete filming, should something happen to him. They go on to joke that in future, actors won’t have to act at all – they’ll just pose for their 3D scan, and due to CGI and special effects movies and TV shows will be made without them at all!

While this is clearly all in good fun, the storyline does indeed point the way to the future – where Hollywood is relying more and more on our 3D scanning technology to ensure that its stars are always available for their close-up.

Artec scanners have actually been used extensively to create Hollywood actors’ digital doubles, the latest example being Arnold Schwarzenegger, who was 3D scanned for Terminator Genisys.