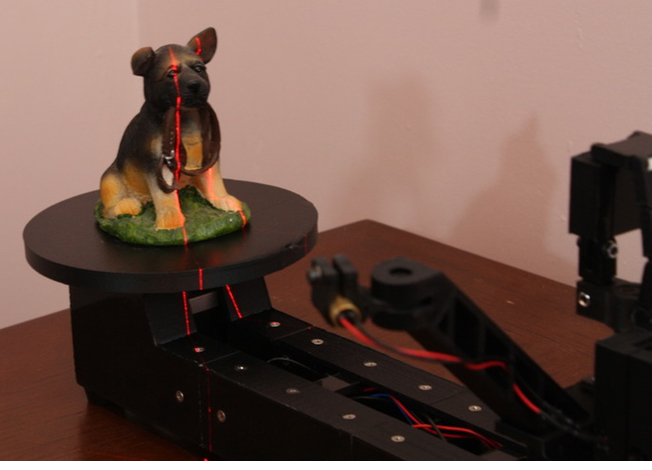 Atlas 3D, a 3D printable laser scanner kit based on the Raspberry Pi, has recently launched on Kickstarter and is already funded with currently over $ 74,000 of its $ 3,000 funding goal.

January 13, 2015: The idea for this open source and open hardware 3D scanner came from Uriah Liggett, founder of Murobo LLC: “3D scanners are a great way to create models for 3D printing. The problem is that most are either too expensive or too low quality for good 3D printing. ATLAS 3D solves this problem by using the Raspberry Pi to be both inexpensive and high resolution.”

The 3D scanner works with laser light and uses 3D triangulation to generate a point cloud. Liggett chose the Raspberry Pi “since it has an excellent 5 megapixel camera add-on, is able to drive lasers and motors, and has enough memory and CPU power to perform a 3D scan.” The object to be captured rests on a turntable to easily perform 360 degree scans.

The full kit is available for $ 209 and contains all except the 3D printed parts. For $ 149 you will receive the kit without the Raspberry Pi.

Uriah Liggett, developer of the ATLAS 3D scanner kit, was able to not only fund his project, but to collect the incredible amount of $219.996!

According to his project plan, Liggett will ship the first scanner kits latest May 2015.