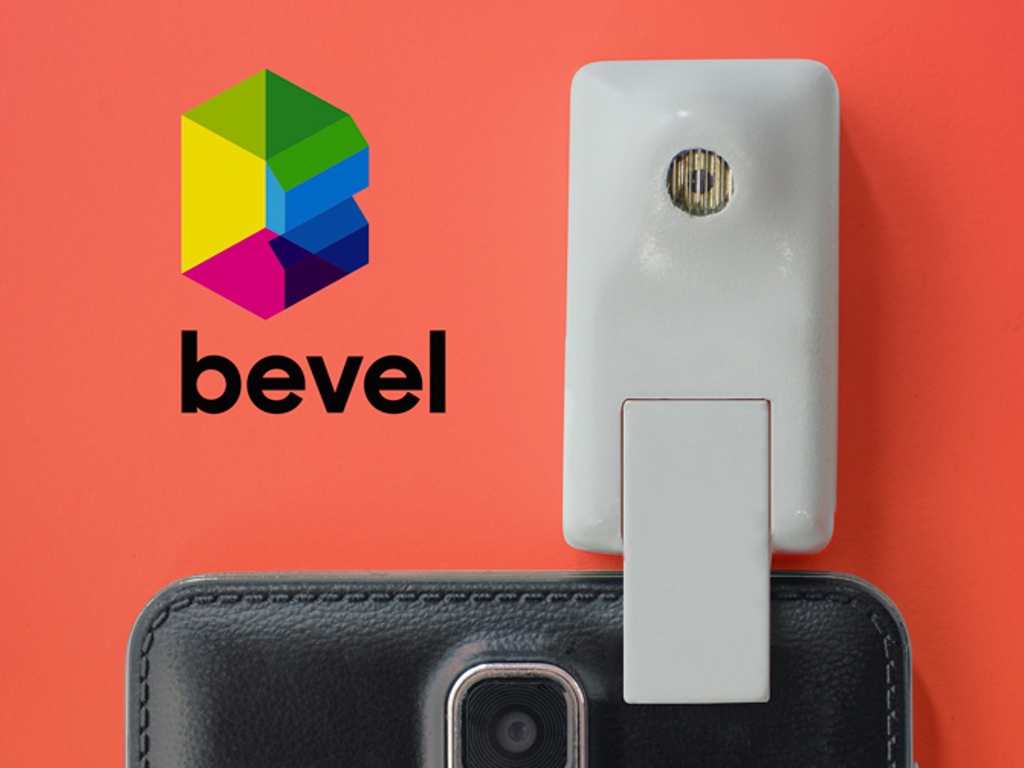 The Canadian startup Matter and Form, who launched a successful Indiegogo campaign for their low-cost MatterForm 3D scanner two year ago, has now unveiled an attachment for mobile devices to capture objects in 3D.

Called Bevel, the 6.4 cm (2.5 inch) long device is capable of capturing objects using a safe laser light. It then turns the data into 3D photographs that can be shared with others through their free app. You can attached the 3D camera to your smartphone or tablet simply by plugging it into the headphone jack. Due to its universal clip it fits any size of mobile device. The battery can be recharged using the USB port.

Bevel ist still available for $ 49 on Kickstarter. Currently, 1,743 Kickstarter backer have already raised more than half of the campaign’s funding goal of $ 200,000.