XYZprinting will now offer PLA filaments, which provide users with a biodegradable option in 3D printing materials. The first filament colors to debut are Nature and Clear Yellow; seven more colors will be released throughout 2015, including green, tangerine, red, purple, blue, white and black.

The company’s ABS filament cartridges can now also be refilled, allowing 3D printer operators to minimize environmental impact and save money on purchasing new cartridges in the process.

The XYZprinting filament cartridge has been designed to be easily replaced, and da Vinci 3D printers will notify users when filament is running low. Users can refill cartridges in a few easy steps.

Cartridges are available now through Amazon for $27.99, with each filament refill costing $24.99.

“It has been a year since we introduced our first and award-winning da Vinci 1.0 3D printer to the market, and the adoption, usage and recognition we’ve seen of our various models is phenomenal,” said Simon Shen, CEO of XYZprinting. “Our goal has been to drive innovation and mass adoption of 3D printing, and we’ve never strayed from that path. The recognition of the da Vinci AiO 3D printer-plus-scanner as a SXSW Interactive Innovation Awards finalist validates this, and we’re honored to be recognized,” continued Shen. 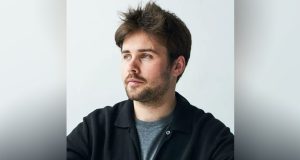