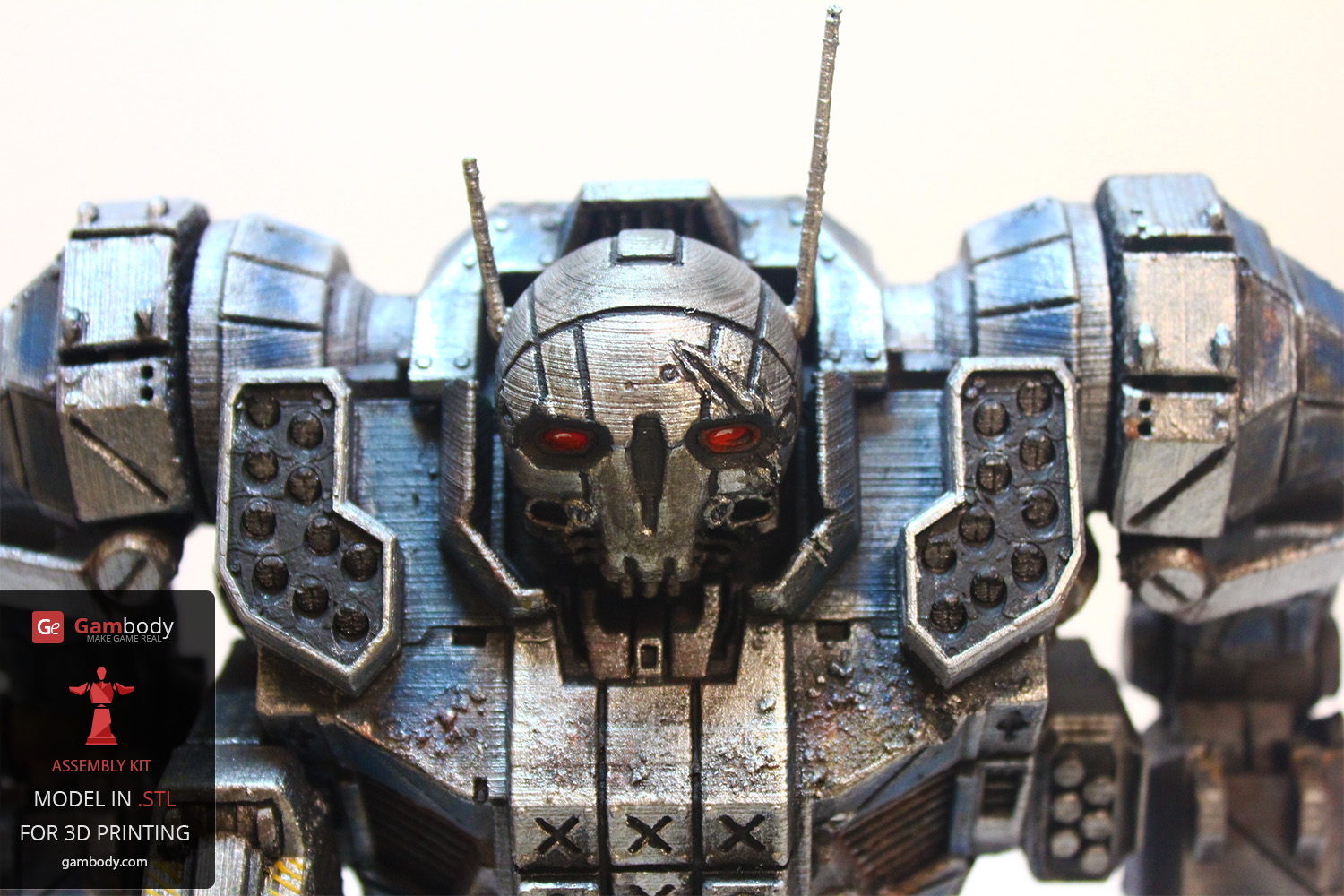 Atlas BattleMech is one of the most recognizable Mechs that have ever existed. Built according to the design specifications of Star League General Aleksandr Kerensky in 2755.

Atlas was initially intended to ensure supremacy over the Star League member states. Equipped with the largest amount of armor and incredible firepower ability, Atlas lived to its reputation and the General’s expectations.

Other lighter Mechs have one single advantage to Atlas. Due to its bulky construction and 100-ton mass, Atlas has a relatively slow cruising speed of 32.4km/h, which allows other Mechs to outrun it, escaping the encounter with this beast Mech.

Now, imagine that you can grab this incredible Atlas Mech and put it into serious battle beyond your computer screen. This is now possible thanks to 3D printing and Gambody, a premium 3D printing marketplace focusing on the video game niche. The service provides high-poly STL files of video game-inspired and stylized characters, vehicles, and other content that can be reproduced in the physical world with the help of 3D printing.

Back in June this year, they have released the super detailed STL files of an incredible Catapult BattleMech that has literally catapulted the imagination of every respected MechWarrior Online gamer to supreme heights and Gambody’s name was on the 3D printing and gaming audience’s lips.

Having garnered incredible Internet media coverage and popularity among Gambody audience and gamers all over the world, it was a matter of time until the marketplace would come out with another impressive 3D model from the MechWarrior Online Universe. 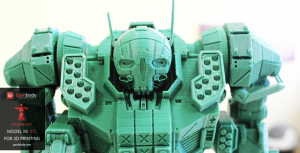 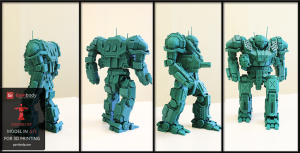 Both Catapult and Atlas 3D models are poseable models, with workable legs and arms, and a rotating torso. But Atlas 3D model features new, improved joints that increase greatly the 3D model’s operability. The 3D modeler designed and incorporated new operable joints into the ankles, the knees, the hips, the elbows, and the shoulders of the 3D model.

Catapult was my first attempt at designing and modeling a workable 3D model. After finishing the work on Catapult, I took some time to research other joint designs and incorporated them in the new 3D model replica of Atlas. It took me about 10 days to model the Atlas Mech. It was easier this time because I already had the basic principle of modeling a bipedal vehicle. Most of my work went into designing the new hinges, the torso, and the head of Atlas. The legs are an improved and adjusted design of Catapult 3D model, although they are provided with joints at the ankles.

says Maverick, the 3D designer behind the Catapult and Atlas 3D models.

As a marketing and sales pitch, and also to show their current and future customers that the STL files for the Atlas replica are perfectly printable, Gambody has armed itself with PLA material and set its Ultimaker 2 3D printer to work. The entire printing process can be seen in a short time-lapse video.

There are 49 separate parts. Each part is modeled in Autodesk Maya modeling program and saved in STL file format. All files are thoroughly checked for potential errors, prior to being released on the Gambody website.

The parts are printed at 0.1mm layer height and 20% infill overlap. 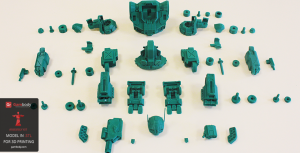 Due to the 3D model’s complex build, the marketplace provides a detailed assembly video of the digital 3D model and of the already 3D printed model. Although not required, it is recommended to superglue some parts to secure them in place.

The 9.8inch or 25cm tall BattleMech is ready to show some battle moves.

Gambody didn’t stop at having Atlas in printed form only. They decided to go the extra mile and painted the video game replica bipedal vehicle. You can watch the entire painting process below.

For those who don’t know yet, Gambody has launched an online workshop for 3D printing and painting video game-inspired figurines. Since the launch, they have featured the painting process of 8 3D models and don’t intend to stop yet.

We launched our online 3D printing and painting workshop after we started receiving a bunch of requests from our customers about painting services. In our online workshop, we have the opportunity to show the 3D printing and the painting process of simple to complex 3D models. With this online workshop, we want to inspire our customers to paint their own 3D models, using simple and accessible painting tools. 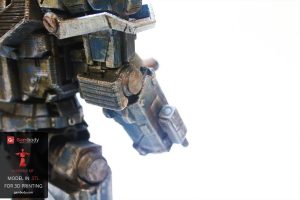 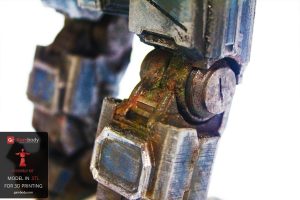 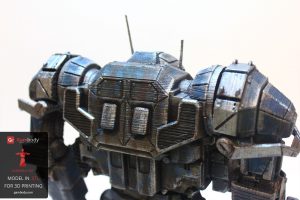 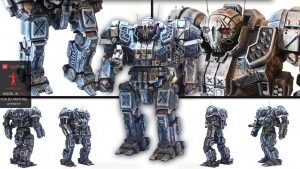 If you’re an avid video game player and you fancy having one of the MechWarrior Online Battle Mechs in your collection, Atlas 3D model can be that model you’ve pictured on your desktop or the shelf.