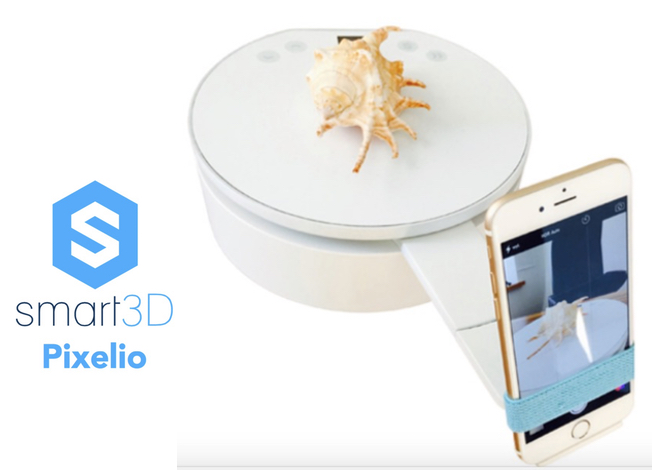 UK-based company Smart 3D has developed and designed a new 3D scanning and photography device, called Pixelio. On October 21 their funding campaign is going to launch on Kickstarter, however, Smart 3D has already unveiled some details.

October 2, 2015: Pixelio turns your smartphone into a 3D scanner featuring a turntable, but also enables you to capture 360° panoramic photos and time-laps videos. With your smartphone attached to the universal rotating mount holder and in combination with the free 123D Catch App by Autodesk for example, 3D scans can be performed and exported as 3D models.  Smart 3D has also patented a “Virtual Finger technology” to ensure the images will not blur as the phone moves around the object. 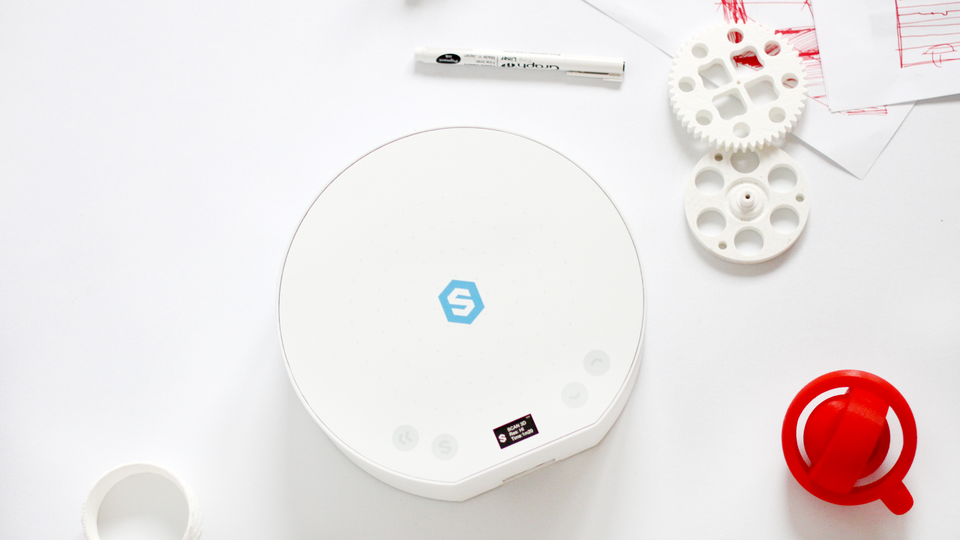 “Due to its small size and weight Pixelio can become a portable laboratory for 3D scanning and a mobile mini photo studio,” explains Smart 3D.

According to the company this is the first of many innovative devices to come, that perfectly complement one another. We are exited to hear more about Pixelio upon its Kickstarter launch.

Upon their Kickstarter launch on October 31st, Smart3D will offer Pixelio at a special early bird price of $ 119.

Smart3D has also teamed up with 3D printer manufacturer Robo3D, who will support the startup in bringing Pixelio to the market using their distribution channels.