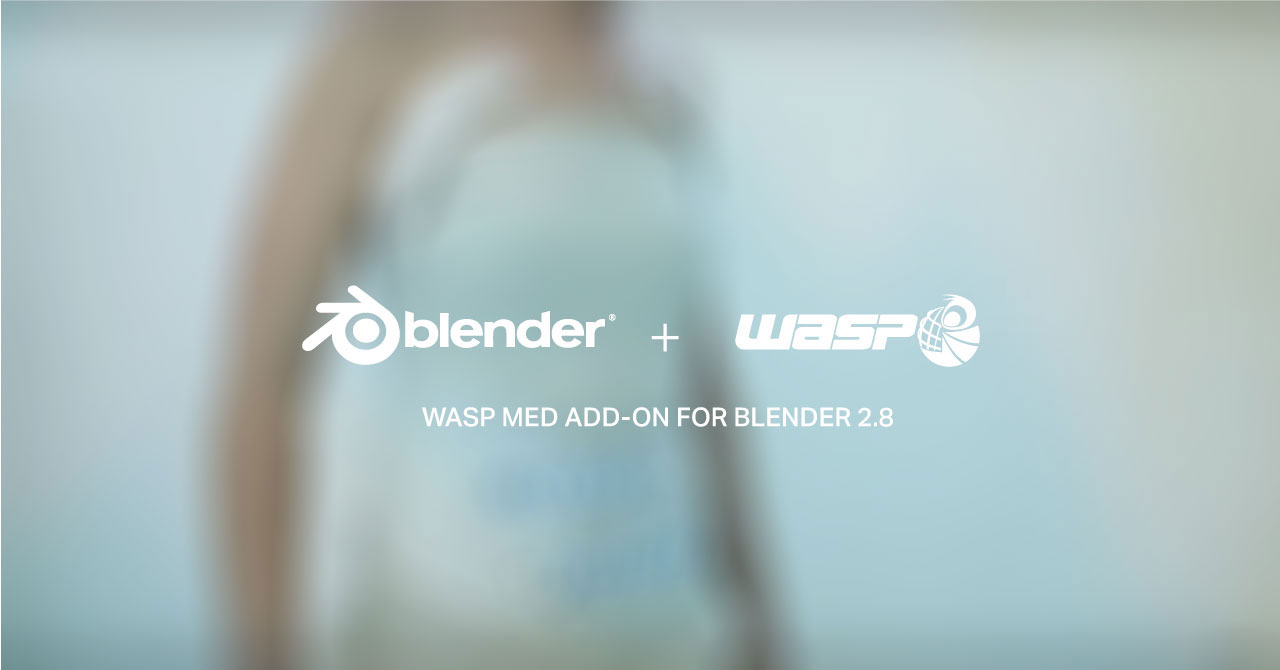 Finally, an open source 3D modeling tool that can be used by medical professionals. WASP MED announces the release of an add-on for Blender 2.8 after more than a year of research and intensive work.

WASP has always worked to meet basic needs, and one of the most important is health. According to a 2018’s GDR study, the global prosthesis and orthosis market will reach 12.28 billion of dollars before 2025. WASP Med team was born already in 2015, with the aim to work in this field, but the development of 3D printers and materials is not enough if doctors and professionals are not prepared. This motivation convinced WASP to develop an Add-on for Blender 2.8, the popular open-source 3D software: WASP Med Blender Add-on. The idea is to fill the gap between professional software (often very expensive and rigid) and the open source software available, powerful but not developed for medical use.

The development was realized by Alessandro Zomparelli, professor at the Academy of Fine Arts in Bologna and computational designer. His previous work about modeling objects based on the human body was key to create a powerful tool that allows professionals to easily draw complex shapes on 3D scans.

Blender is a unique example of open source software that has became one of the best 3D modeling products in the world of animation and not only. You can download it for free all over the world. WASP Med Blender Add-on contains step-by-step commands to shape a device from a 3D scan. The final result can be printed in 3D, compatible with your printer.

WASP imagines this as the first step to create a collaborative community around the world, a network that uses open tools to find solutions to the big health issue. In that way a good part of the world population could access to medical devices and treatments that are yet not available in many countries or that people cannot afford.