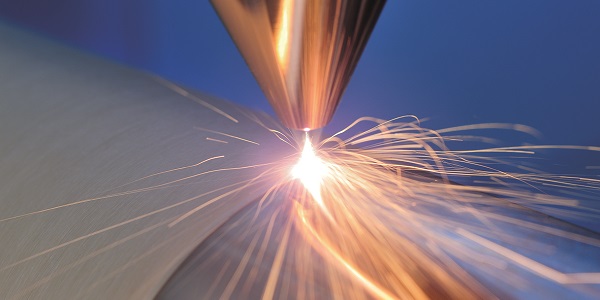 The Fraunhofer Institute for Laser Technology ILT has developed an inline system for testing, qualifying and adjusting the focused powder jet of the nozzles of laser metal deposition machines. With this system, nozzles can be certified and the caustic characterized completely. The user can also visualize and monitor the process thanks to the camera module with integrated illumination.

Laser Material Deposition has already proven itself in various areas – for example when repairing tools or applying anti-corrosion coatings. But the result depends considerably on how evenly the laser beam applies the powder since it is difficult to optimally adjust the process parameters, such as the speed and volume of the powder feed into the melt pool, which plays a decisive role. Before the process, nozzles and caustics must, therefore, be regularly checked, certified and calibrated. But the sequence of these steps has been very complex and cumbersome. Graduate engineer Oliver Nottrodt, project manager for Process Control and System Technology at Fraunhofer ILT says “An employee applied a powder trace on a metal sheet, which was then checked by an expert. But only a few specialists can perform this task in reproducible quality”.

This unsatisfactory situation motivated the Aachen engineers to develop a machine-supported inline process. The system solution consists of three main components: a camera module along with movable optics and illumination, all of which are mounted on the machining head. The nozzle is measured with a laser module, which is placed in the system. The control of these two modules is provided by electronics integrated either in a separate or the machine control cabinet. Nottrodt explains “For the documentation, it is important to know where the axes of the system are located. Their exact position can be transferred from the basic machine via common data bus interfaces”.

In order to detect and measure the particle density distribution and caustics of the powder jet, the jet is illuminated with a laser line perpendicular to the powder gas flow and observed by the coaxially arranged camera through the powder nozzle. The system changes the relative position of the laser and the machining head several times for further measurements. Finally, the evaluation of 2,000 to 3,000 images shows the statistical distribution of the particles in one plane. “If I use this method to gradually capture the so-called caustics – i.e. the focusing area in which the powder particle beam is bundled – it can be calculated and characterized very precisely in terms of the most important parameters, such as the minimum diameter and the density distribution”, explains Nottrodt.

Measuring system supports the work of the user

The measuring system enables a user to measure and certify the powder feed nozzles and completely characterize the respective powder jet. It also helps set up the process by taking over a multitude of tasks from the user – such as measuring and marking the positions of the processing laser as well as documenting all work steps. Furthermore, the measuring system uses the geometric characteristics of the melt pool to monitor the laser metal deposition process, which it also visualizes and documents.

Fraunhofer ILT at the CONTROL 2018

Interested parties can find out more details from April 24 to 27, 2018 in Stuttgart at CONTROL 2018 at the joint booth of the Fraunhofer Alliance VISION 6302 in Hall 6. Fraunhofer ILT will be presenting a camera module with integrated lighting mounted on a typical working head. The Aachen engineers will demonstrate how the laser module functions on the computer.