These launches will support OneWeb’s deployment of its Gen 2 satellite network, which will add capacity and fresh capabilities to build upon the initial constellation of 648 satellites the company is currently building out.

Terran R will launch OneWeb missions from Launch Complex 16, Relativity’s site at Cape Canaveral Space Force Station, where the first entirely 3D printed rocket, Terran 1, is also set for its first orbital launch this year. As a medium-heavy lift, fully reusable launch vehicle made for growing satellite constellation launch demand and eventually multiplanetary transport, Terran R provides both government and commercial customers affordable access to space, in LEO and beyond. With the addition of its multi-launch agreement with OneWeb, Relativity has a total of five signed customers for Terran R, including multiple launches and totaling more than $1.2B in backlog.

“We are honored to be chosen by OneWeb to help launch their Gen 2 constellation,” said Tim Ellis, Cofounder and CEO of Relativity. “They have an incredible team, technology, and momentum as a world leader in satellite connectivity with hundreds of operational satellites already in orbit. It is clear that more disruptive launch capacity is needed in the marketplace – Relativity is developing Terran R to fill this additional demand. We cannot wait to plan, execute, and successfully launch these missions together with OneWeb!”

“We are excited about this agreement with Relativity, who we’ve long admired as a true disruptor in the aerospace manufacturing industry. Relativity will add new capacity to our launch programme well into the future,” said Massimiliano Ladovaz CTO, OneWeb.

Disrupting 60 years of aerospace manufacturing with 3D printing, autonomous robotics, and machine learning, Relativity’s radically simplified supply chain enables the company to print its rockets with 100x fewer parts in less than 60 days, compared to industry standards of 18 months or longer. Since its founding six years ago, Relativity has developed a new tech stack for aerospace manufacturing that centers on its Stargate printers, which are capable of 3D printing Terran 1, which is an expendable, entirely 3D printed, 110 ft. tall, 7.5 ft. wide rocket with a 3 meter payload fairing, simultaneously with Terran R – a 20X larger, fully reusable launch vehicle. Relativity recently deployed the fourth generation of Stargate, improving its prior generation’s print speed by 10 times. Located in the company’s new 1MM+ square-foot factory headquarters, these new, fourth generation Stargate printers will allow Relativity to take its production to new heights, scale, and quality. With in-process monitoring, Stargate printers can now analyze the prints in real time, detecting any quality issues and using predictive capabilities to print fuselages to aerospace dimensional tolerances.

Tripling in size since 2020, Relativity now employs 800+ people across its Long Beach, Vandenberg, Seattle, Washington D.C., Stennis, and Cape Canaveral locations, and has begun its move to its new headquarters which has capacity for 2,000+ employees, a metallurgical laboratory, powder bed fusion printers, a mission control center, as well as dozens of the company’s proprietary Stargate 3D printers. 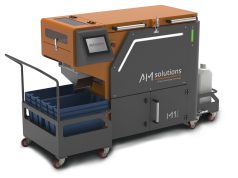 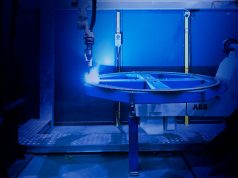 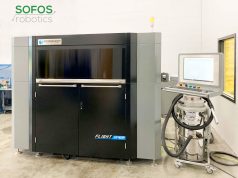 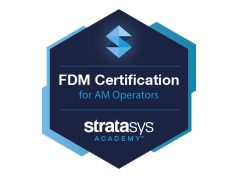