The oldest intact mummy ever found gets reborn through 3D printing.

February 9th 2016 – Ötzi, the iceman, was found in 1991 after having been frozen over the last 5.300 years in the Ötztaler Alps (that’s why he is called Ötzi). The ice from the glacier kept the human body intact. It is one of the few naturally preserved mummies. Ten years after the body had been discovered, scientists found out that Ötzi was murdered. The hiker was shot by an arrow – that represents the world’s earliest recording of a murder in the human history.

You can see the body at the museum in Bolzano, Italy, just a few kilometres away from where Ötzi was found. He is preserved in a special built freezer that keeps the temperature of the body at just 20°F (-7°C).

To make this pice of history accessible to broader audience the mummy now gets a 3D printed clone. For that purpose the famous paleo-artist Gary Staab from StaabStudios was flown in. With the help of Materialise´s Mammoth 3D printing technology Ötzi could be printed in one piece.

To gain more insights in the process you should watch the Nova documentation Iceman Reborn, a preview is shown above.

If you are interested in the 3D printing process you should check out Gary´s video, the making of the replica of King Tutankhamun.

In a video published by Materialise the company behind the 3D print and paleo-artist Gary Staab show of some details about the process of creating this replica.

One of a total of three 3D printed life-size replicas of Ötzi the iceman is about to tour the US, starting in the North Carolina Museum of Natural Science in October 2017. The remaining two replicas will be used for teaching purposes at the Cold Spring Harbor DNA Learning Center in New York.

Currently, the replica is still housed in the South Tyrol Museum of Archaeology in Bolzano, Italy. 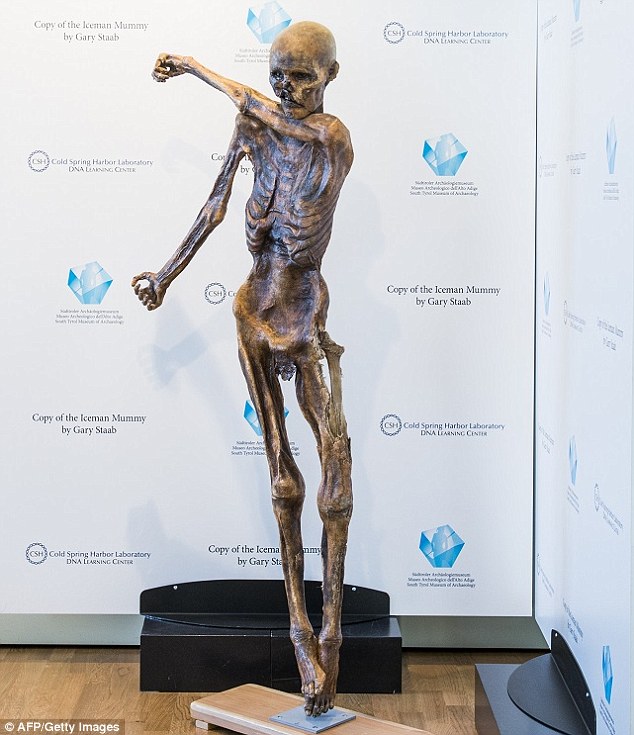