In their BEEnews 2015 the Portuguese 3D printing manufacturer had a few announcements to make. Based on the feedback of the 3D printing community, the company has not only cut the price of their BEETHEFIRST 3D printer, but also surprises with a new filament policy.

“Several BEETHEFIRST’s reviews were fantastic, but considered its price too high. Since then, we’ve been analysing the possibility of cutting price down, but only now we can do it safely.” The new recommended retail price for the FFF 3D printer is € 1,299 excluding VAT.

BEEVERYCREATIVE now also gives you freedom of choice for the filament you use. In their previous policy users were only granted warranty if they had used the company’s proprietary PLA material, claiming it had been optimised for their printers.

“…we also understand that customers’ loyalty shall not become customers’ dependency. For that reason, we’ve been working to give freedom of choice to our customers. And it’s done! We still recommend the use of our BEESUPPLIES, but customers may now choose any brand of PLA available, without voiding the warranty. Should anything go wrong, a Maintenance Kit will be available and an interactive troubleshooting shall allow any issue to be solved by the customer.” 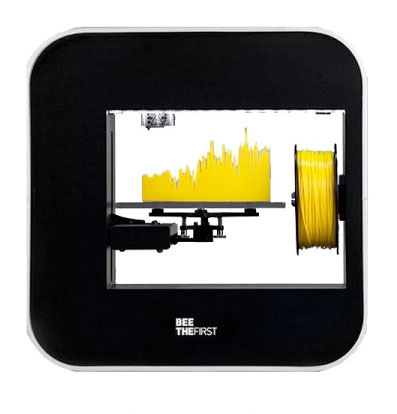 These changes are accompanied by the announcement of their partnership with the Portuguese company NAUTILUS, which has been awarded for its innovative education products. The cooperation has led to the BEE INTERACTIVE SCHOOL marketing kit including their 3D printer, that will be available at distributors and resellers soon.