BIGTREETECH released two new 3D printer motherboards. The new SKR 3 have improved driver installation support thanks to their new SKR 3 EZ motherboard and EZ drivers, and are said to fix many issues of the previous model. In addition, the new motherboards offer a sleek, improved industrial design.

Have you got in trouble with these problems: hard to install the driver, get finger prickled by pin headers, get a relevant slow printing speed due to low voltage, or frequently burned out the mainboard because of the wrong inserting means of the driver. BIGTREETECHs new arrivals of SKR 3, SKR 3 EZ motherboard, and EZ driver, with a cool industrial design, can well settle down the above-mentioned problems.

1) Multiple Cooling Fans. Three CNC fans could ensure the normal operation of the printer and advance the printing quality. They expel hot air, push cold air into the enclosed space, and are generally utilized in 3 parts, that is model cooling (part cooling), pipes heat dissipation, and chassis cooling (including the mainboard and the driver and so on).

2) Five-way motor driver interfaces, respectively are X, Y Z(double), E0, and E1, which make the working more stable. The lateral movement of the 3D printer is usually assigned to the X- and Y-axis, while the Z-axis corresponds to vertical motion. Double extruders could realize printing two objects at the same time, improving the work efficiency.

3) Designed with flexible connectivity, which means you can switch USB and CAN freely to connect more devices. Besides, SKR 3 and SKR 3 EZ mainboard added a protective circuit for thermistors to enhance the operational safety.

5) Same Microprocessors and firmware, Both SKR 3 and SKR 3 EZ’s Microprocessor is ARM Cortex-M7 CPU STM32H743VIT6. And they are compatible with three firmware, Marlin and Klipper, and RepRap, which are widely used in the 3D printing world.

Marlin, which owns over 150 commands full-featured G-code, supports the installation of 1 heat bed and 5 extruders. Plus, 30 languages could be translated. Marlin Firmware runs on the 3D printer’s mainboard, controlling all the real-time activities of the machine. It manages the steppers, heaters, LCD display, lights, sensors, buttons, and other parts involved in the 3D printing process.

Klipper has several attractive functions. First, it can achieve over 175K or even several million step rates per second. And it supports multiple micro-controllers printers. You could directly config your file, no need to reflash the micro-controller to change a setting. Plus, it supports automatic bed leveling and common temperature sensors.

RepRap is a comprehensive motion control firmware, not only controlling 3D printers but also applicate in laser engraving or laser cutting and CNC. It supports mixing extruders and SPI-controlled stepper drivers. And it has a simulation mode, which can predict the accurate printing times.

3) Different connection means. In SKR 3 (and SKR 2), you could use the driver connector to use our newly designed EZ driver. While SKR 3 EZ can directly be inserted with the EZ driver, with no need for a converter. However, if you want to use our EZ driver for other types of the mainboard, please remember to preserve a certain position for soldering the connector when you DIY a printer. Otherwise, you can’t use the EZ driver. The EZ driver design could nicely protect your fingers from sharp pin headers. What’s more, this fantastic protecting anti-plug linker design could help you safeguard your mainboard. The company has received the feedback that some customers burned the driver, mainboard and even burst into fire in some serious conditions due to the wrong inserting. So they created this upgraded driver technology, giving you a safe and pleasant user experience.

Find out more at bigtree-tech.com. 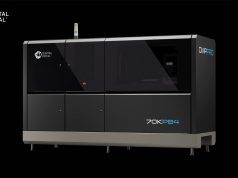