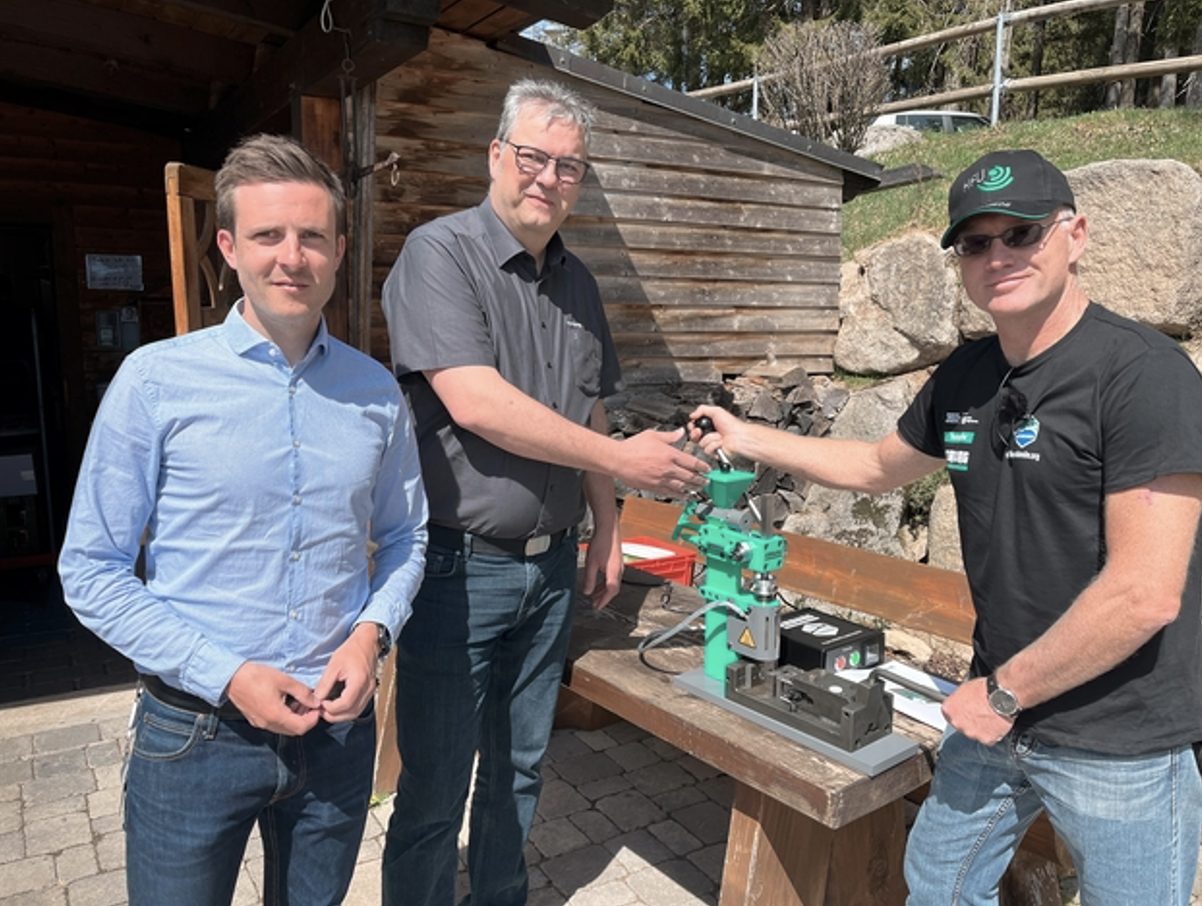 As one of three main sponsors, Arburg is supporting “cleandanube”, a transnational project initiated and co-organised by Furtwangen University, Germany. At the launch event at the source of the Danube (“Donauquelle”) in Furtwangen on 19 April 2022, Professor Andreas Fath received a small single-lever injection moulding machine from Arburg in addition to the financial support. The chemistry professor now intends to swim the entire length of the Danube from Ulm to the Black Sea by 17 June 2022. Numerous activities along the 2,700-kilometre route will draw attention to microplastic pollution and the need for water conservation.

Ten countries, one goal: A plastic-free Danube
The Danube alone washes over four tonnes of plastic into the Black Sea every day, much of it in the form of microplastics. In the course of his swim over a distance of around 2,700 kilometres, Professor Andreas Fath, accompanied by a boat, will cross ten countries – including Germany, Austria, Slovakia and Hungary.

“We are committed to this project because sustainability and a careful approach to the environment and water resources are enormously important,” explained Bertram Stern, Sustainability Manager at Arburg. “Also, and particularly in our capacity as a manufacturer of machines for plastics processing, we want to draw attention to the fact that plastic is not waste, but a valuable material that must be collected, recycled and reused.”

At stations along the route, he and his team will use group learning activities and a mobile knowledge workshop to draw attention to the Danube’s pollution. There will also be a variety of campaigns such as clean-ups, swim-alongs and paddling activities and lectures at the individual stage destinations. Water samples will be regularly analysed in a mobile laboratory and published on the project website www.cleandanube.org. The website also features an overview of the individual stages and live tracking. This transnational project is supported by powerful sponsors. The three main sponsors are Arburg, a leading global manufacturer of machines for plastics processing, Hansgrohe, internationally renowned manufacturer of products for bathrooms and kitchens, and the non-profit association “Menschen brauchen Menschen e.V.”, sponsored by Deutsche Vermögensberatung.

Injection moulding machine on tour – recycling made tangible
Accompanying Professor Andreas Fath on his swim will be a small single-lever injection moulding machine from Arburg, which will then be retained for teaching purposes. The machine is modelled on the very first injection moulding model made by former company bosses Eugen and Karl Hehl and took a team of five trainees around 1,000 hours to recreate at the company headquarters in Lossburg. At the various stages, visitors will be able to use it to make their own shopping trolley chips from recycled plastic (polypropylene). The example shows that plastic products such as cups, bottles and packaging can be collected by type after use, recycled and ultimately find a new use as durable products. At the individual stations, the project team will also have gym bags made from recycled PET bottles that can be filled with material donations for children from Ukraine – which was also originally a stage destination.

arburgGREENworld: Commitment to sustainability
Within the framework of the “arburgGREENworld” programme, Arburg is pursuing a consistently sustainable strategy and is working intensively on topics ranging from the circular economy, energy and resource efficiency and carbon footprints to digitalisation and strategic partnerships with universities, associations and institutions. The global company headquartered in Lossburg in the northern Black Forest has published fascinating facts, figures and data in its interactive sustainability report (www.arburg.com/en/arburggreenworld).

About Arburg
German family-owned company Arburg is one of the world’s leading manufacturers of plastic processing machines. Its product portfolio encompasses Allrounder injection moulding machines with clamping forces of between 125 and 6,500 kN, the Freeformer for industrial additive manufacturing and robotic systems, customer and industry-specific turnkey solutions and further peripheral equipment. An international sales and service network ensures first-class customer support at a local level: Arburg has its own organisations at 34 locations in 25 different countries and, together with its trading partners, is represented in more than 100 countries. Its machines are produced exclusively at the company’s German headquarters in Lossburg. Of a total workforce of over 3,400, approximately 2,850 people are employed in Germany. Over 550 people work in Arburg organisations around the world. Arburg has triple certification, in accordance with ISO 9001 (quality), ISO 14001 (environment) and ISO 50001 (energy).

Further information about Arburg can be found at www.arburg.com 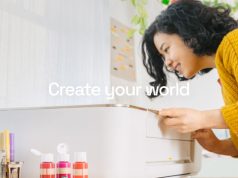 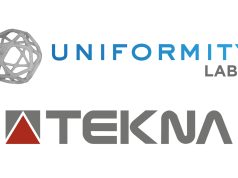 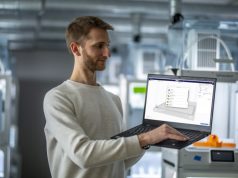 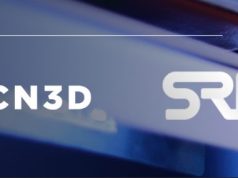 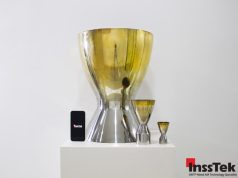