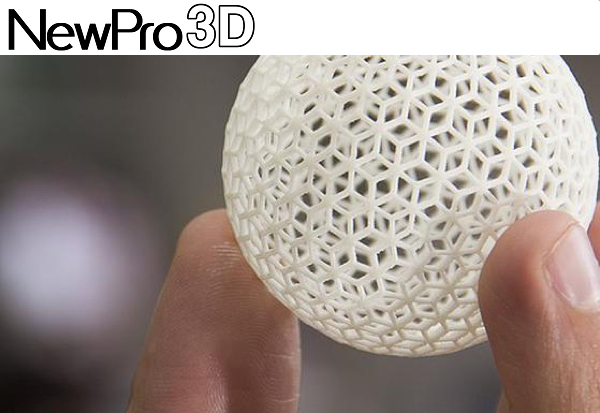 25. November 2015 – With the Intelligent Liquid Interface (ILI) technology, the research and development company managed to “carefully balance the interaction between photoreactive resin and non-photoreactive fluids, creating an effective dead zone that allows [us] to grow objects beyond the limitations of 3D regular printing.” This results in an extremely fast printing process, compared to other current available methods.

The technology has been filed for patent by Diego Castanon of NewPro3D in April this year and is currently being reviewed by the International Bureau.

The following video shows the ILI printing process on one of their 3D printer prototypes:

Here are a few videos of test runs made by NewPro3D:

At CES 2016 in Las Vegas the team around Diego Castanon showcases their fast SLA 3D Printer, which is said to be faster than the technology of Carbon3D. The 3D printer isn´t even on the market and NewPro3D just announced that its started to develop an 3D printer for metal wich should also break all records in kind of speed.

Watch the interesting video where Diego not even announce the new metal 3D printer but also compares NewPro3Ds SLA 3D printer to that of Carbon3D: