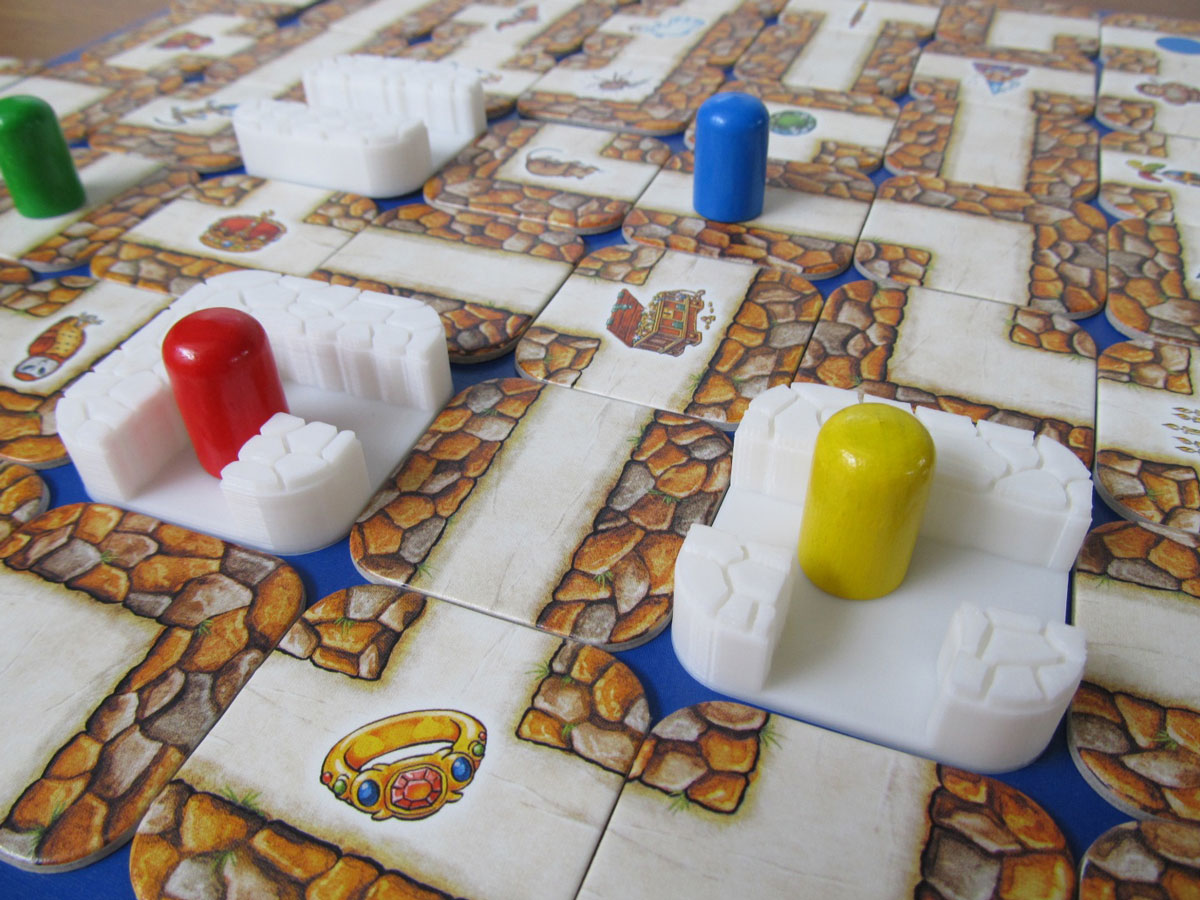 For the first time ever, this unique collaboration invites 3D designers to create branded content with the opportunity to legally monetize their designs if approved by Ravensburger. The IP licensing agreement between MyMiniFactory and Ravensburger allows designers to submit 3D printable assets for the well known board game, Labyrinth.

In partnership with MyMiniFactory, Ravensburger launches the 3D design competition as an innovation of traditional IP licensing, inviting the global community of 3D designers to imagine and create new themes and figurines for the widely played Labyrinth board game.

This competition will connect the beloved brand to their fans in a way like never before. Allowing consumers to share their vision of what their fantasy board game would look like directly with Ravensburger. The competition then gives 3D designers the opportunity to have their pieces selected and adopted as officially approved and branded 3D printable extensions of Labyrinth which will be distributed and sold through the MyMiniFactory premium store.

The strategic and hugely popular treasure mapping game, Labyrinth, features a cast of mythical characters and objects in which players must use to move through the constantly changing maze. The game, played by kids and adults alike has sold millions of copies and been distributed in various versions including Harry Potter, Lord of the Rings and Star Wars.

This is the first collaboration of its kind, opening a space for true co-creation between individuals and their favorite board game and making the diversity of ideas and creativity truly meaningful for designers who long to be recognized by a brand they value.

Models uploaded on MyMiniFactory are guaranteed 3D printable, meaning the models are tested for technical printability to help prevent any damage to consumer 3D printers.

The competition will run until September 7th at which time the entries will close and Ravensburger will begin to review submissions and designs to announce which pieces will be made available for purchase and 3D printing through the MyMiniFactory Premium store.

“We are super excited to see what fans will come up with, and we wish every designer the best of luck for the competition! Let creativity spark.”
Michael Rueger, Creative Director Innovation Lab

“3D printing is not a static technology, but dynamic wings that empower our imagination and creativity to soar freely. We hope that our collaboration and licensing partnership with Ravensburger shared through the design competition will open up an innovative dialogue between legacy and new technology. We truly can’t wait to see what magic will come out of this creative journey.” – Chengxi Wang, CEO MyMiniFactory