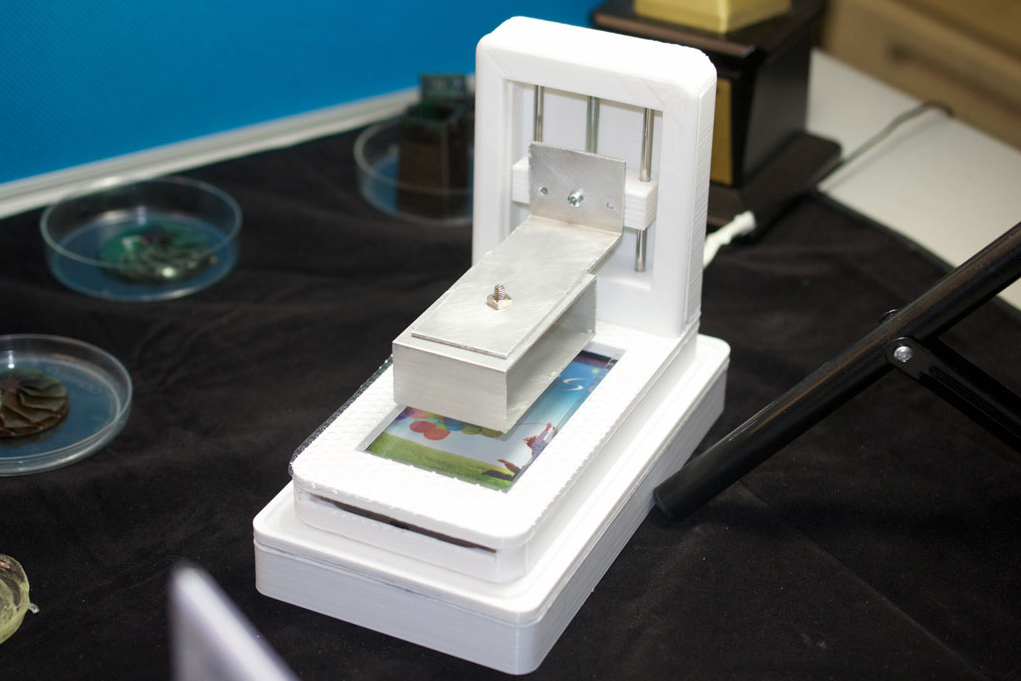 Jeng Ywam-Jeng, professor of Mechanical Engineering at the National Taiwan University of Science and Technology, has created a low-cost 3D printer using a smartphone’s screen.

The smartphone replaces the projector used in stereolithography-based 3D printers, to cure resin in a coated vat on top of it. The Light from the phone cures the resin onto a metal print bed held above the vat. With each layer, the platform lifts up until the print is finished.

The Taiwan Tech team has developed a special photopolymer that can be cured by the dim light of a smartphone. Currently, the printing speed is relatively slow compared to other DLP machines, but Professor Jeng’s team is working on solving this problem. The printer doesn’t need to be placed into a dark box; it works perfectly if you shut off the lights in part of the room. Printing a hollow ball, the device has achieved a layer thickness of about 100 microns.

A custom app has been developed, that synchronises the smartphone’s screen with the motor and easily allows the user to load and print 3D models. Jeng has also plans to add a scanning feature in future. He expects to bring the device to market for around $ 100 (excluding smartphone).