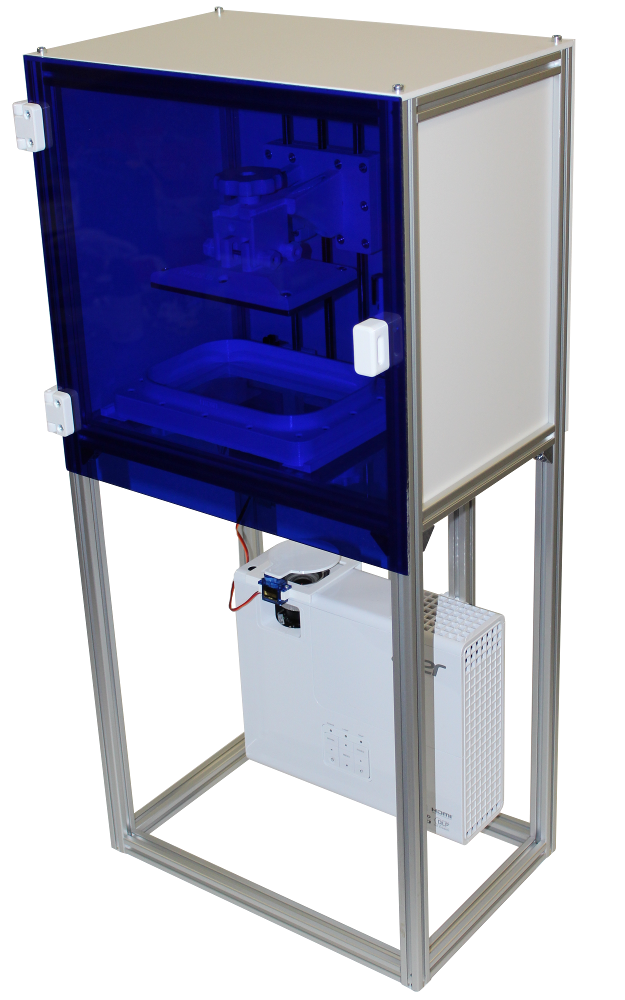 The German company Inpro First has released their first 3D printer Incube 3D Start. The 3D printer uses a DLP beamer to cure the resin – its available as a DIY kit.

The Incube 3D Start uses a DLP beamer to harden resin and create objects. The same technology is used by different other 3D printers. The beamer is an Acer H6510BD, that has a resolution of 1920 x 1080 Pixel. Like most other 3D printers of this type the Incube has a limited building area. The maximum object size that can be achieved with the Incube 3D Start is 140 x 80 x 170mm. In combination with the 1920 x 1080 pixel resolution it achieves an X / Y resolution of 0.05mm (50 microns). The Z-axis can be controlled to a minimal layer height of 0.05mm.

The 3D Printer has a size of 380 x 835 x 255mm – with this size it will fit on nearly every desk, if needed. The target market of the Incube 3D Start will be small and medium enterprises, urban planners, architects, professional modelers, experts for rapid prototyping and makers.

For only 1.499€ the printer can be bought as DIY-Kit with the projector already included. If you already have such a projector you can buy the kit for only 899€. These prizes area really fair, especially because Inpro First gives 24 months guaranty on the 3D printer and 6 months guaranty on the lamp of the beamer. Most of the other producers of 3D printers in this price segment don’t offer such a long guaranty. Besides the prize the Incube 3D Start convinces because it is open source and there are only a few other open source 3D printers that work with DLP beamer and resin.

If you are interested in the 3D printer you may want to visit the website of the company to learn more about the Incube 3D Start.