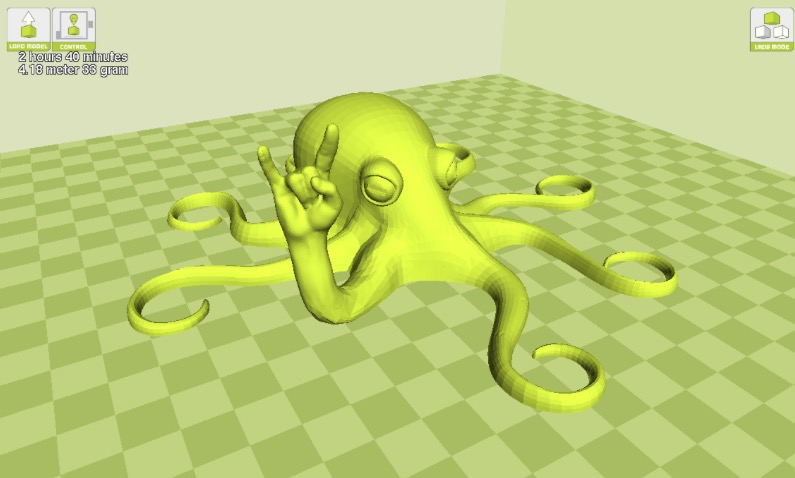 “While our company is known for hardware products like LulzBot 3D printers, Aleph Objects is both a Free Software and a Open Source Hardware company,” Aleph Objects, Inc. President Harris Kenny said. “We are investing to improve the user’s experience with our own software and to advance the large and growing 3D modeling/design/printing ecosystem that respects user freedom.”

Aleph Objects published the alpha release of Cura 2 (LulzBot Edition), the company’s popular Free Software for 3D printers branched from work by Ultimaker, David Braam, and the Free Software 3D printing community. Aleph Objects has spent years adding features and fixing bugs in the Cura platform and is excited about the progress made in this new version. The current Cura LulzBot Edition software was also updated (now in version 21.03) and can be downloaded today at LulzBot.com/cura.

The community has made this progress together without the use of anti-competitive mechanisms like software patent monopolies. By rejecting software patent monopolies, users retain their freedom and companies are able to more efficiently channel resources to advancing technology. This is a path proven for decades by the Free Software community, notably through projects like GNU/Linux.

“The Blender 101 project is about making Blender usable for everyone,” Blender Developer Mike Pan said. “Even as 3D printing is gaining popularity, preparing a model for printing is still a complex and highly technical process. Together with Aleph Objects, we want to make this process as simple as possible.”

“That’s how open source can work: People working together from all around the world to make better software!” monkeyprint Developer Paul Bomke said of the collaboration with Aleph Objects. “I’ve learned that shared development can simply lead to better software faster.”