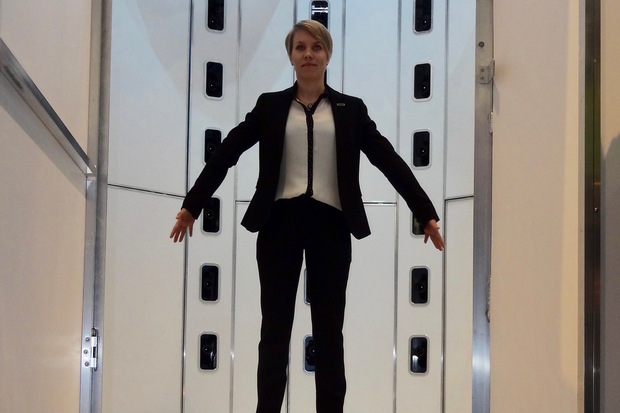 Hewlett Packard Enterprise has unveiled their Avatar Platform to visitors of the CeBit trade show in Germany.

The full-body 3D scanner is a photogrammetry system by the Germany-based Doob Group, which simultaneously takes 64 pictures. These images are then processed by the Quantum Human software by Quantum Matrix to a 3D model before the software of the South Korean company Physan is used to simulate virtual clothing that can be combined with the avatar. While the 3D scanning process only takes a second, the whole process to generate the avatar is complete within eight to ten minutes.

The current prototype of the Avatar Platform costs around € 120,000 ($ 135,000), but HPE wants to bring the price down to € 10,000 to € 15,000 by scaling. The company sees three target markets for their system, including online clothing retail, where the average return rate of 30% could be reduced to only 10% if buyers can virtually try on clothes before placing the order. Moreover, fitness centres would be able to use the platform as a kind of tracking system to allow customers to see changes by taking 3D scans regularly. Another application area is obviously the gaming industry, as HPE is currently addressing game developers to allow users to upload avatars in common 3D file formats.