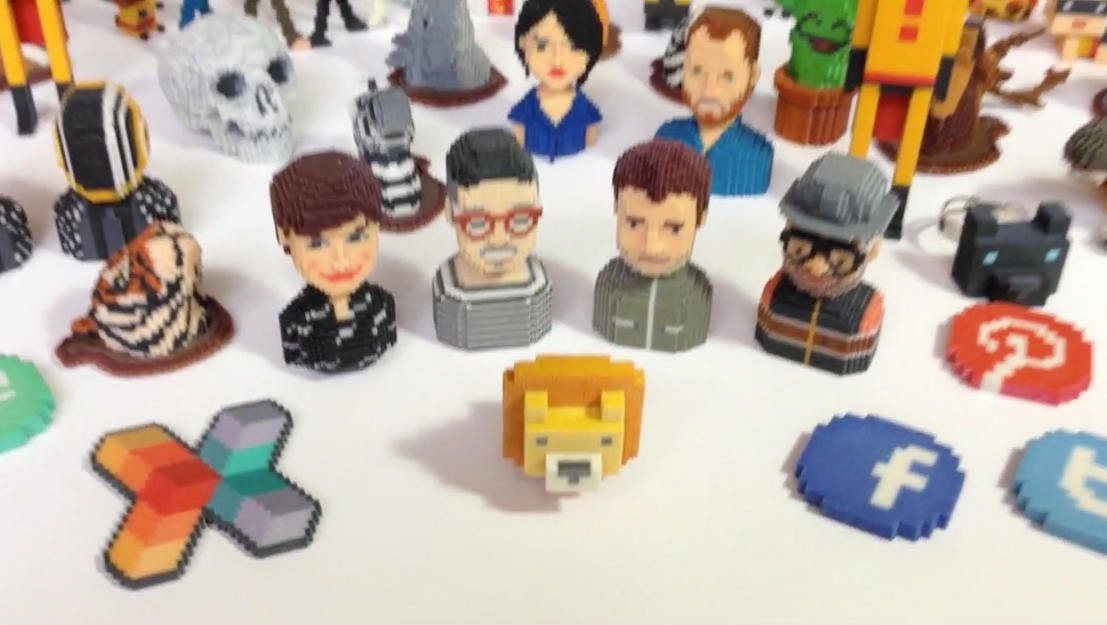 The application LEBLOX, developed by the two French men Mathieu Lecoupeur and Soy Phompraseuth, allows for creating and printing of pixel figures via smartphone.

With the application for iOS (Apple) devices the user can design and digitalise pixel figures on the iOS device and later on print it in 3D. The user can either model the figures by using the touch screen or simply take a picture with the integrated camera and convert it into pixel art.

The figures are being printed by the french partner FabZat.com and will be delivered by parcel service.
The app will be available in the Apple store from March.

“Our goal is to gather all ‘pixel art,’ everything from great designers to the casual user, (…) Because once a user publishes a Blox, everyone can 3D print it.” quoting the two developers.