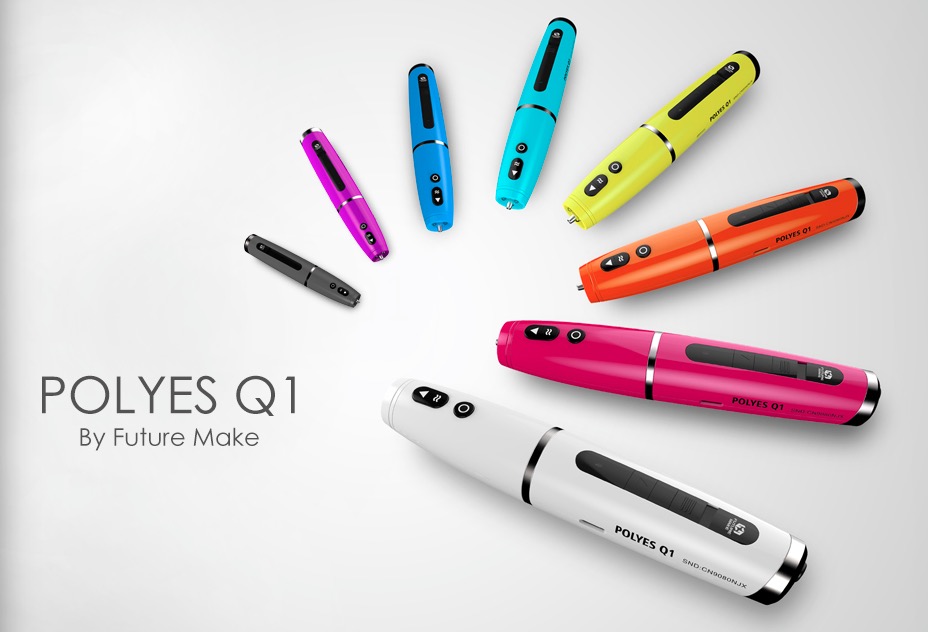 The 3D printing pen based on a rapid light-curing technology has just been successfully funded on Kickstarter.

1081 backers pledged a total of $ 147,164 which is nearly three times their set goal of $ 50,000. Due to its technology using photo-polymer ink that solidifies under the LED light, no hot parts or melted plastic are involved, which makes Polyes Q1 a perfectly child-friendly device. According to Future Make production has already started and the first pens are to leave the factory by the end of February.

Another 3D printing pen based on the same technology is CreoPop. After a successful Indiegogo campagn, the company behind the 3D drawing device was able to secure a round a financing by 500 Startups.