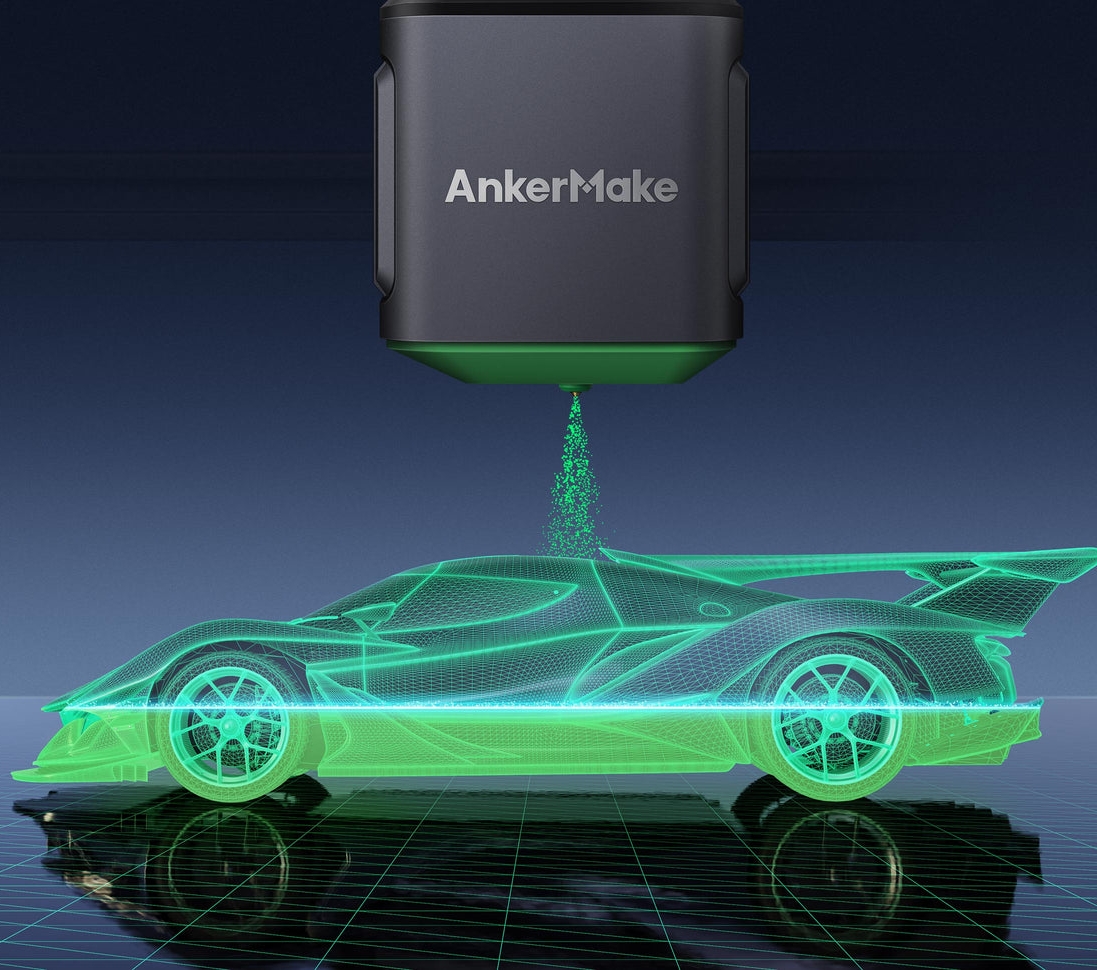 A month ago, we first reported on the 3D printing ambitions of the Chinese company Anker. Today the manufacturer announced new details.

Anker was created by former Google employee Steven Yang, who worked as a software engineer in Santa Clara. The company started developing rechargeable batteries and battery packs in 2011. Anker now owns several different brands. Power banks and other USB-enabled accessories are sold under the Anker brand, speakers under the Soundcore brand and Smart Home productions are sold under the name Eufy.

In February 2022, the company announced that it would launch a 3D printer under the AnkerMake label but slowly provided details.
Apparently, the new printer is an FDM printer aimed at the maker area and should be faster than comparable models.
Furthermore, a high level of detail across all layers is promised and the image of a microprocessor and a graphic that could indicate a sensor system is shown. One can only hope that Anker doesn’t stir up expectations that it ultimately can’t serve. The competition in this hotly contested segment is not only enormous but also very quick when it comes to product updates.

On April 6, 2022, Anker plans to launch a Kickstarter crowdfunding campaign. Early bookers should get a discount of up to 43%. What the exact pricing looks like is not yet known.

In an additional short update, Anker reports about a 67% – 75% reduction in print time in a test conducted internally.

Tests were conducted by AnkerMake in Jan. 2022 using the pre-production model of
AnkerMake FM 3D Printer. Performance tests were conducted comparing the regular
speed of 50 mm/s to AnkerMake’s standard operation speed (to be announced in
April 2022). The test results reflect the approximate performance of AnkerMake FDM
3D Printer. The size of the tested models are as follows:
“Boat” (120×62×96 mm)
Test model from #3DBenchy at http://3dbenchy.com;
“Geometry Version 4” (75×70× 92 mm)